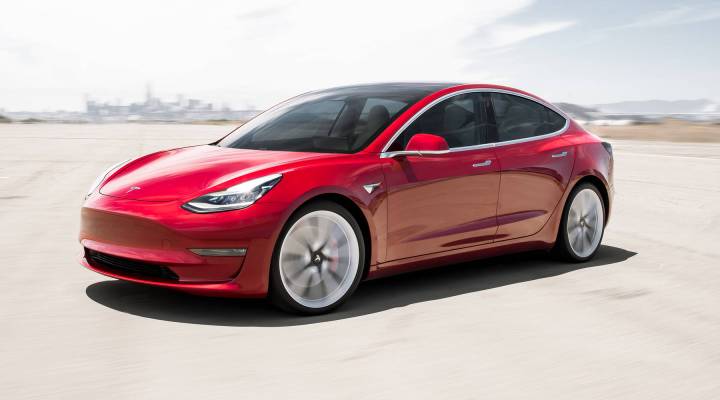 It’s been a long time coming, but Tesla announced Thursday that the long-awaited $35,000 version of its Model 3 electric car is now available to order.

When Tesla first unveiled the Model 3 back in 2016, it promised it would be affordable as part of CEO Elon Musk’s master plan to make a mainstream electric vehicle. But to start, the company sold versions of the car with a premium interior and bigger battery in the $43,000 and up range. With the addition of options like Autopilot, Tesla’s semi-autonomous driver assistance feature, or Performance Mode for faster acceleration, the price rises to nearly $70,000. For the company, those versions come with a higher profit margin, which has been crucial while Tesla has been scaling up production.

Tesla has struggled through what Elon Musk termed “production hell” to get its factory in Fremont, California, churning out Model 3s at the rate that he wants. Tesla has reported a profit for the last two quarters, but prior to that burned through cash as the company added, and then ripped out, advanced robotic assembly lines.

Critics have questioned whether the company can ever make the promised cheaper Model 3 and still make money. Tesla will be hoping to silence them with the launch of the Standard Range car. It comes with a battery good for 220 miles between charges, and a 0-60 mph time of 5.6 seconds. A second new version called Standard Range Plus goes 20 miles farther and a little bit quicker.

The company has had to cut costs in other areas to be able to make and sell a lower priced vehicle, including the closure of almost all of its retail stores. Tesla has always sold direct to consumers, rather than through franchised dealerships. Now it’s going online only, and wouldn’t say how many jobs will be lost.

“You can buy a car on your phone in one minute in the U.S.,” said Elon Musk on a call with reporters. To get over the need for test drives, Tesla will offer a money-back guarantee. If buyers want to return a car, they’ll have one week, or 1,000 miles. “Quite literally, you could buy a Tesla, drive several hundred miles for a weekend road trip with friends and then return it for free,” the EV maker explained in a blog post.

Tesla said online sales, combined with some other efficiency improvements, will allow it to cut prices of all its cars by 6 percent and enable it to sell the $35,000 Model 3 sooner than it expected.

The federal tax credit for Tesla customers of $7,500 was cut in half at the end of 2018. The company has reached the threshold of 200,000 sales in the U.S., and the credit is now in a phaseout period. Tesla has also shifted its focus on deliveries to Europe and China, which has led some analysts to question if there’s still strong demand in the U.S. When the car was launched, Tesla said it received deposits of $1,000 each from over 400,000 interested buyers. It has never broken out how many of those reservation holders have already purchased a higher-end car and how many have been waiting for the cheaper model. Elon Musk held back from estimating demand — something that the U.S. Securities and Exchange Commission has pulled him up for doing on Twitter — but the company is due to update investors at the end of the quarter.