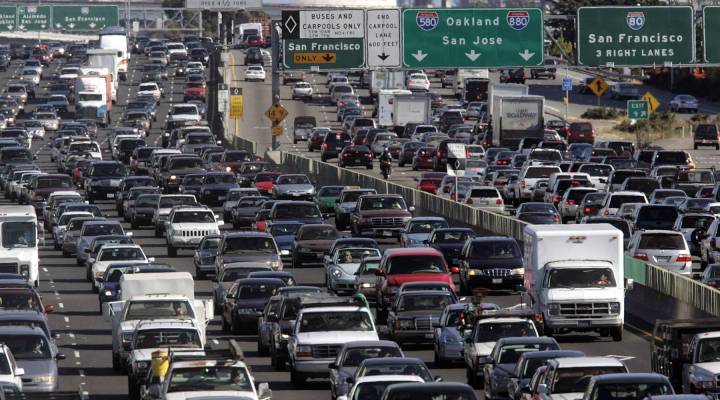 Few things are more routinely soul-crushing than a traffic-filled commute, but the average U.S. driver spent 97 hours stuck behind other cars in 2018, the equivalent of two-and-a-half work weeks, according to a new report from traffic data company INRIX.

The report looks at a city’s busiest commuting corridors and compares their commute time when traffic is lightest with their heaviest rush hour times.

One caveat: The company measured the amount of time on average drivers spend in traffic in a city’s metro area, not the average commute time. A driver who spends half-an-hour each day in traffic would be represented, while a driver commuting an hour without running into traffic would not.

The report finds Boston drivers spend the most time in congested commutes, with Washington, D.C., Chicago, New York and Los Angeles rounding out the top 5.

Trevor Reed, a transportation analyst at INRIX, says the oldest cities also have the worst traffic.

“An age of a city is the best predictor as to how slow the traffic goes,” he said. “You have these cities that developed not around the automobile, and so when you mix a car with an environment not built for it, the roads perform very poorly.”

Globally, the report finds Moscow has the worst traffic, with a driver spending on average 210 hours in traffic last year.