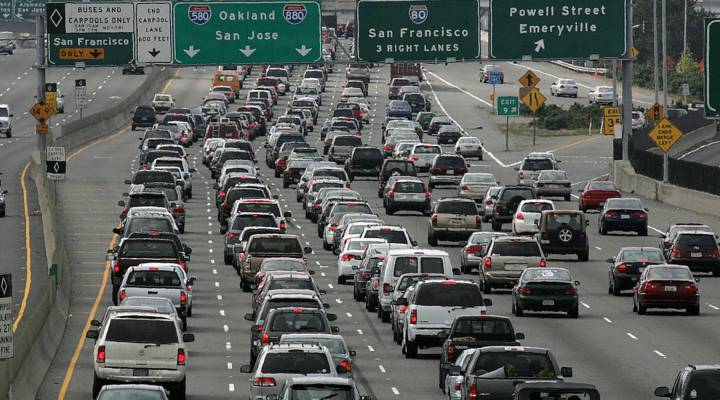 Justin Sullivan/Getty Images
Make Me Smart With Kai and Molly

There are lots of companies out there promising to revolutionize transportation and mobility.

Ride-sharing companies like Uber and Lyft suggest that car ownership itself is absurd, and their fleets of human-driven or self-driving cars will get you anywhere you want to go. Car companies like Ford and GM are working on autonomous cars and even investing in fleets of vehicles that can be shared among occasional users.

The Hyperloop promises ultra-high-speed travel through a tube on a magnetically levitating train. And then there are the flying vehicles: Moller’s SkyCar is one example, and Uber is reportedly already testing vertical-takeoff-and-landing passenger drones like one introduced at CES in 2016.

For every technology in development, there’s a corresponding question about safety, regulations, the talent needed to build the tech and how long it’ll be before the transportation revolution is actually here.

Why go to work in a self-driving car or a flying passenger drone when I could “go” there virtually, collaborate with my co-workers, chat and play games as a virtual avatar and save every second of my commute time for laundry, shopping, sleeping or hanging out with my family?

Let me lay out my thinking here. These thoughts on transportation vs. virtual interaction occurred to me the other day during a commute from my house in Oakland, California, to San Francisco. The trip downtown is about 11 miles. Or, as I like to call it, the Longest 11 Miles.

San Francisco Bay Area traffic congestion is second only to Los Angeles in terms of hours lost in traffic (it’s tied with Washington, D.C.). And the Bay Bridge is the region’s single-most congested artery. The city’s subway system, Bay Area Rapid Transit, is crumbling and unreliable — my hour-plus commute the other day occurred because BART had to stop service between Oakland and San Francisco at rush hour because a power line fell on the track.

That may sound extraordinary, but delays are a pretty standard part of a BART commute. So yes, self-driving cars could ease the congestion, a Hyperloop could make tunneling under the San Francisco Bay faster, and even if the whole thing fell apart, a flying vehicle could still get me where I need to go. But I’d still have to go there, and all of them rely on either fixing or altering the seriously problematic infrastructure of urban spaces.

Or there’s the alternative future, where I instead wander into my home office in my pajamas, coffee in hand, don my virtual reality headset, customize my avatar and head in to my virtual office, where I meet and chat with my other co-workers and we get down to work. No seat belts or magnetic trains required, and the only infrastructure I have to alter is my home office and maybe my internet connection.

It’s already happening in small doses; the San Francisco creative firm Ideo designed and prototyped a virtual reality storytelling experience entirely in virtual reality. Some workers are already experimenting with collaborating in virtual reality — this Medium post does an excellent job of detailing the results of a small-scale study at one office. And companies that are experimenting with virtual collaboration say it’ll have huge benefits over video calling even in the short term, as our digital avatars can make better eye contact and even interact with virtual objects in digital space.

The same is true for augmented reality technology like the Microsoft HoloLens; you may not have to be fully immersed in a digital space, but every member of a remote call can be looking at or interacting with the same thing. It could be a whiteboard, a digital prototype, a patient on a surgical bed or even a game. It might sound silly at first blush, but does it really sound sillier than a flying passenger drone?

Collaboration in virtual reality is definitely on the road map for the technology, and people are curious. All we really need is more realistic immersion and 3-D avatar technology, both of which are already in the works. In a recent survey, 77 percent of millennials said they’d be interested in using virtual or augmented reality programs at work. And while virtual and augmented tech is still pretty nascent, so are passenger drones and even autonomous cars — and VR or AR are going to be quicker and cheaper to adopt.

So in my mind, the technology race is on. Who’s going to do a better job of getting me to work? Uber or Oculus? Lyft or Microsoft? If I had to bet, I’d say virtual reality gets there first and takes more cars off the road faster than autonomous driving tech.

Sure, I’ll still have to go places eventually. But as I prepare for yet another battle with the Longest 11 Miles, I’m definitely looking forward to my future virtual workspace.