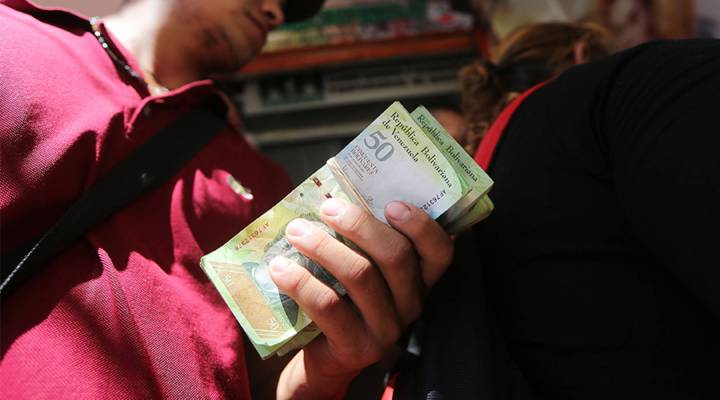 The Trump administration has been clear about its intentions in Venezuela: It wants Nicolás Maduro out as president and Juan Guaido, the president of the National Assembly, in. On Jan. 28, the White House announced sanctions on Venezuela’s state-run oil company, PDVSA, as a way to make its point. And the political crisis is only deepening the economic crisis that country’s been in for years now, which is the setting for today’s installment of our series. The latest comes from Juan Carlos Senior, a lawyer in Caracas, who recorded his story with help from our editorial partners at the BBC.

My name is Juan Carlos Senior, and I work as an attorney in law in Caracas, Venezuela. The money that I earn is not enough to cover basic needs.

Currently my income varies between $200 and $600 per month. Last weekend I ran out of money and I had to ask for a loan from my ex-girlfriend. It was so embarrassing.

Prices go up overnight. An example: I bought a Coca-Cola yesterday that cost me 1,000 bolívars. Today, [it’s] 1,700 bolívar. Hyperinflation is destroying everything.

There are people as lucky as me, but we are the minority.

This series only works with your help. Let us know how your economy is doing using the online form here, and your story might be featured in future installments.