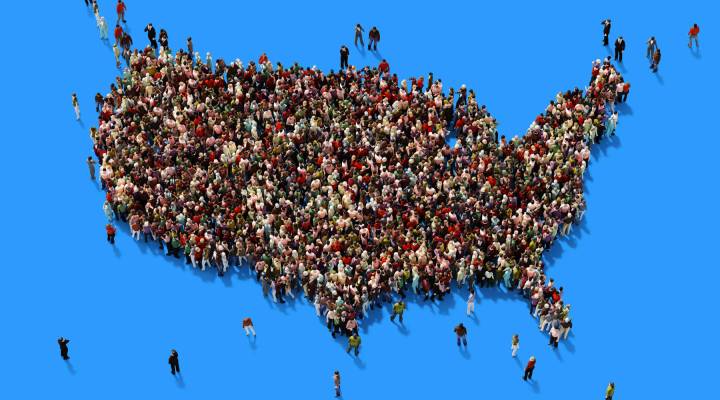 Because of the partial government shutdown, some agencies may not be able to release key economic reports on time. MicroStockHub/iStock/Getty Images Plus

Update:  On Jan. 25, 2019, Congress and President Donald Trump reached an agreement to reopen the government until Feb. 15. At 35 days, it was the longest government shutdown in U.S. history.

There’s some key economic data that may not get released thanks to the partial government shutdown, which has now become the longest-running one in U.S. history.

While the subject matter might sound wonky, these are numbers that have very real consequences for economists, investors and companies. They show us how the economy is doing and can affect the decisions that we make.

Below are some of the different data reports that the government may not end up releasing on time because of the shutdown.

Government agency shut down: The Bureau of Economic Analysis, which is part of the Commerce Department

Data not being released: Gross domestic product numbers (in other words, the country’s total output of goods and services)

Who needs the numbers? Investors

What’s the impact? Strong GDP growth could mean higher corporate earnings, which is a good sign for the stock market, while a weak GDP could mean poor earnings and therefore poor stock prices.

“Investors who are using macroeconomic data to make their investment decisions are really working with one hand tied behind their back,” said Constance Hunter, chief economist at the audit, tax and advisory firm KPMG. “It makes it very hard to make investment decisions. I think you could see volume, certainly, decline. And it’s definitely a matter of flying blind.”

Data not being released: The Advance Report on Durable Goods Manufacturers’ Shipments, Inventories and Orders. Durable goods are items and supplies that are used by businesses or consumers for long periods of time such as cars, appliances or manufacturing equipment. This data set is a monthly measure of how many durable goods orders American manufacturers made and is one useful source of gauging how businesses and consumers are feeling about the economy.

What’s the impact? Investors use the durable goods data to get a sense of how companies are feeling about the economy. For example, if manufacturers are buying more durable goods, it suggests a lot of optimism around future business demand, which can also influence where investors decide to put their money. A drop in durable goods purchases suggests a pessimistic outlook, which could lead to more investor caution and possibly reduced investment. In a case where there is no durable goods data, it’s likely investors will adopt a ‘wait and see’ approach and stall investment decisions.

Data not being released: Reports on new home sales, residential construction and housing vacancies and homeownership

Who needs the numbers? It’s not just housing analysts and economists, whose job it is to follow the market and predict where it’s headed. Real estate agents and developers, homebuilders, city planners and stock investors all look to home sales to make investment decisions. Housing numbers also tell us a lot about the state of the overall economy, making up about 15 percent of GDP.

What’s the impact? Private companies churn out a lot of their own housing data. Existing home sales are tracked by the National Association of Realtors, for example, and the National Association of Home Builders surveys its members about construction trends. But census data, based on large national surveys, is considered the gold standard. Without it, NAHB chief economist Robert Dietz says, the folks who rely on those numbers are “flying blind.”

Government agency shutdown: The research arm of the U.S. Department of Agriculture

Who needs these numbers? Farmers like Ryan Wagner, a soybean and wheat farmer in North Dakota

What’s the impact? Farmers look at data — including the World Agricultural Supply and Demand Estimates and the U.S. Export Sales report — before deciding on prices for produce. Wagner said farmers also use the numbers from reports like the WASDE to fact check rumors about who’s buying what.

“Right now everybody’s working on the old set of data from December from the last time we got the report, plus some assumptions that they thought might have been changed on that January report going forward. So it’s a little bit fuzzy right now.”

Without the data from the USDA, farmers are missing reliable information that all other farmers have access to, making it tougher to price goods.

Data not being released: The Advance Monthly Retail Trade and Food Services report

Who needs the numbers? Retailers, those in the housing industry, manufacturers, trade associations and business journalists

What’s the impact? Retailers use this data to measure themselves against their competition but also to see how the rest of their industry is doing.

“So for instance,” said Jack Kleinhenz, chief economist at the National Retail Federation, “somebody in the home improvement sector would be looking at home furnishing spending or electronic spending because there’s an interdependency.”

The most recent report, the one that wasn’t released in mid-January and that would have given sales figures for the month of December, is usually highly anticipated because “the holiday season is probably the most important spending period during the whole year” said Kleinhenz. He added that even though the shutdown has come to an end, there are still a lot of data left uncrunched. “We’re almost into two months of data that could be backlogged, so it might take a while for the federal workers, our statisticians … a good month or longer at this point before we could get data from two months ago.”

Data not being released: Imports on all types of steel: alloy products, stainless steel, carbon steel and more.

What’s the impact? Steel import data lets us know how much steel we’re buying from other countries. That’s important, since steel has been such a hot button issue in the ongoing trade dispute. The United States imposed 25 percent steel tariffs on a number of countries back in March 2018, and while the most recent steel import data said imports were down from the same period a year ago, the U.S. is still the biggest importer of steel in the world. That’s the thing: knowing how much steel we’re importing says a lot about how reliant we still are on the rest of the world. Remember, the steel tariffs were sold as a way to protect American steel mills. The last report we got on steel imports was for October. In the meantime, analysts and policymakers will want to know how much steel we’re importing as the trade dispute continues.