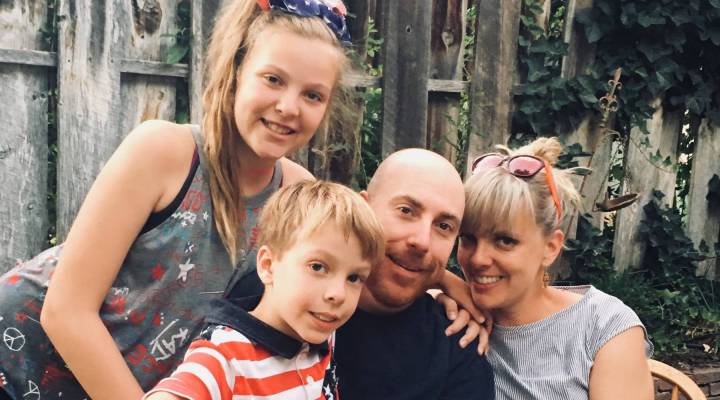 It’s been three months since the longest government shutdown in U.S. history ended. While it was going on, we talked to a woman named Sunny Blaylock. She’s an instructional designer for a government contractor in Arlington, Virginia and her husband works for the State Department. Both of them stopped getting paychecks when Washington shut down at the end of last year. We called her up to see how things are going now.

“The shutdown definitely has made us far less risky in our financial choices. In December, my husband and I were finally ready to get rid of our last student loan repayment. But when the government shutdown happened, it just made us really nervous. And so I have put off paying our last bit of our student loans. There’s still that insecurity. You want the cash on hand.

My husband and I have both talked about us, maybe at least one of us, not working for the government. And we have considered, you know, maybe looking elsewhere. But the truth is, we don’t do this work because of the great pay, we do it because we really care about what we do. It’s hard to let that go. The perk of a government job, in the past, was that it was stable. So when that was taken away … it has definitely colored every decision we have made.

This past week we went on a trip, we didn’t book this trip until very last minute because of the government shutdown. We didn’t feel like we could, but we did eventually go on a trip for spring break, which was a big deal for our family, and our kids were nervous when we booked it because they knew that all spending was on lockdown. And while we were on this trip, there was a video arcade. So I gave them both a budget. They both had five dollars, and my younger one spent seven dollars, and when I came back I was slightly annoyed, and like a good parent I was like, ‘Hey, buddy, you had a budget, you didn’t keep to it.’

But his reaction, and fear of spending money, and then overspending, was, like, far more than it should have been. [He] burst out crying for 20 minutes because he just felt horrible about spending an extra two dollars. And I felt sad when I saw that, because it shouldn’t have been that way. I don’t want my kids to have an unhealthy relationship with finances, and I hope that changes in time.”

Click the audio player above to hear her story. 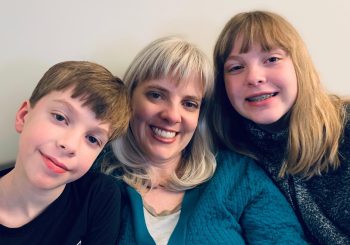 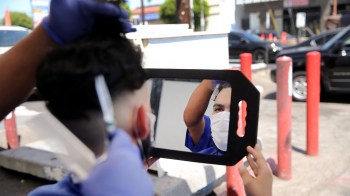