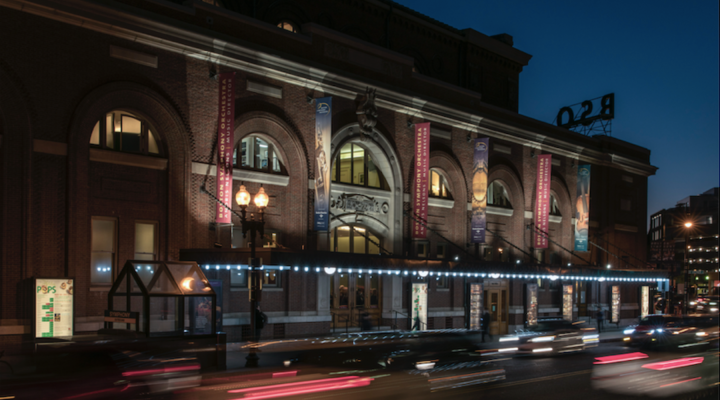 The gender pay gap has long been a point of contention is every walk of professional life, whether it’s within the walls of corporations or under the lights of the film and television industry. It’s also reached the world of professional musicians. A flute player named Elizabeth Rowe has sued the Boston Symphony Orchestra over a difference in pay that spans tens of thousands of dollars per year compared to one of her male peers. Washington Post reporter Geoff Edgers has been following this story and spoke to Marketplace Morning Report’s David Brancaccio about it. Below is an edited transcript of their conversation.

David Brancaccio; Tell me about Elizabeth Rowe, and what she found out about the guy who sits next to her.

Geoff Edgers: Elizabeth Rowe is the principal flutist at the Boston Symphony Orchestra, which is really, they would say, like the Red Sox or the Yankees of the orchestra world. As soon as she got this job 14 years ago, she did what anybody who did their homework would do, which is looked up who was earning what. You can’t look at everybody’s salary, but you can look at the top earners, and she learned that John Furillo, the principal oboist who sits next to her, was earning more than she is …  roughly between like $65,000 and $70,000 dollars more a year than she is now.

Brancaccio: Her lawsuit is testing a new Massachusetts equal pay law that could be a factor here.

Edgers: I’m told that the Massachusetts equal employment law, which really went into effect this summer, is one of the most stringent in the country. The idea of it, I think philosophically, is to say “look women in every industry are paid less than men – how do you crack that structure and reset it somehow?” But that’s what she’s decided to use because she felt like she had no other option. She is not somebody who was dying to stand up in the middle of a performance and say, “Hey, I’m not getting paid enough, please!” I call her sort of a reluctant agitator.

Brancaccio: How has the Boston Symphony Orchestra responded to this? They’re going to say John Furillo’s an oboist, she’s a flutist. Apples and oranges, right?

Edgers: The Boston Symphony Orchestra has given several responses. They wouldn’t do an interview with us, but they gave me many statements. One is that they say that the oboe is harder to play. They also say that there are market factors that there are more flutists out there to hire than oboists. But I’ll tell you my research shows that this is not really science.

Brancaccio: So the pay thing is at the center of this, but there’s also a demographic story here in terms of there are a lot of men who play for orchestras around the country.

Edgers: There are 78 people that I put on a list of the highest-paid symphony musicians in the country. And on that list, only 14 of that 78 are women. So 64 of the top 78 paid played are men. There’s a structural issue there that you can’t deny.