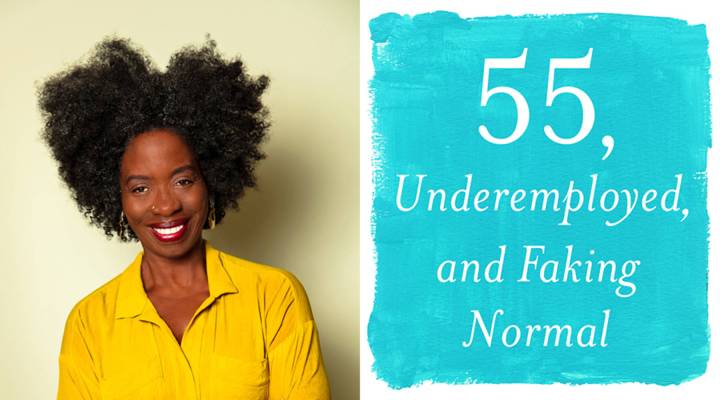 With a resume that includes a Harvard MBA, a position at the World Bank and a stint as an entrepreneur, Elizabeth White didn’t expect to be unprepared for retirement. She also didn’t expect to find so many people in her same position: broke, underemployed and part of America’s retirement crisis. Her new book is called “55, Underemployed, and Faking Normal: Your Guide to a Better Life.” The following is an edited transcript of her conversation with Marketplace’s Amy Scott.

Amy Scott: “Faking Normal” comes from your own experience with underemployment. What made you decide to write this book?

Elizabeth White: I had a really cool career. Worked at the World Bank, was an entrepreneur. And then the 2008-2009 Great Recession hit. I went from a very good income to zero. At a point of just despair, I wrote an essay, and that essay described what it’s like to land here. Since it’s not yet really a national conversation, and all the stories we have on retirement are the beaming boomers clinking champagne glasses on a cruise, or they’re eating cat food under a bridge. There’s sort of no middle.

Scott: But the middle you found was a lot of people like you who had been very successful and suddenly found that the job market wasn’t working for them and they didn’t have enough retirement savings. What did you find has led to this phenomenon? Was it a matter of individual failure to plan and to save or something systemic?

White: We all could have saved more. And I always say that. So there’s absolutely an individual aspect. But when there are tens of millions of people who have landed here, and you look at things like disappearing pensions, escalating cost of housing and health care. And I tell people if you rifle through my life, you’ll see all kinds of dumb things I did, but we are not primarily here because of too many trips to Starbucks.

Scott: And you mention in the book that it’s much worse for women. We’re expected to live longer and on less money. Even Social Security benefits are smaller for women, and especially for women of color. Why is that?

White: We are often in and out of the workforce, taking care of children and taking care of parents, not getting the same kinds of advancement opportunities. This sort of inequality accumulates over a lifetime. So you have higher numbers of women, 65 and over, living in poverty or are destitute.

Scott: You offer a lot of solutions in the book, but some of them might be a little bit hard to swallow for people who have had successful careers and may not want to apply for food stamps. But you write that only a third of seniors who qualify for food stamps actually apply. What are some of the surprising fixes that you found?

White: I had to learn to get off my throne. And this is not easy when you’ve just been comfortable most of your adult life. So I tried to look around at opportunities that are out there, both in housing and income, and when it gets very dire, like food stamps. Because many of us are going to have to really take a hard look at how we live, and do we need a roommate? And altogether in the book I think I counted 125 online resources that I’ve identified.

Scott: You wrote this viral essay, you had a really successful TED talk and now this book. How are you doing now?

White: You know, it’s still a bit feast or famine. But the light that I see at the end of the tunnel, I now don’t think it’s a train barreling down on me. It’s not a path I would have chosen. But I feel like I’m on the path I’m supposed to be on.