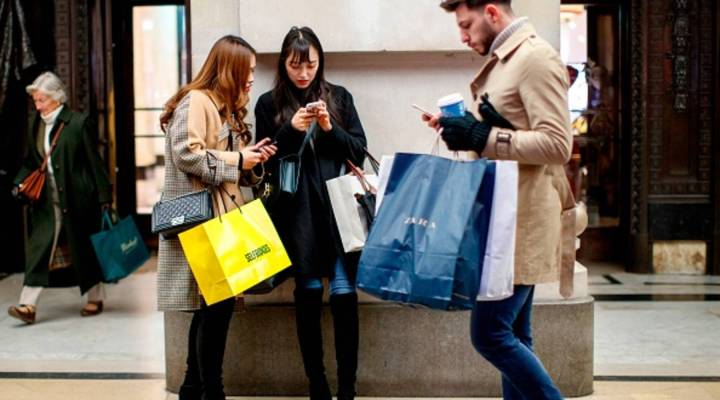 Consumer confidence and spending have held up well against a backdrop of economic warning signs — from the volatile stock market to the faltering housing market. Economist Joe Brusuelas at RSM expects consumers to remain upbeat as the job market remains strong, with unemployment continuing to fall and wages rising in coming months. In light of recent data on retail sales, economist James Bohnaker at IHS Markit has increased his forecast for holiday shopping, predicting it will rise 4.7 percent over 2017. Though he notes that would be a slower pace of growth than last year, when spending rose 5.3 percent — driven in part by consumers’ anticipation of higher paychecks from the Trump tax cuts, which passed late in the year. On the plus side for retailers, gasoline prices have fallen sharply since October, leaving consumers with more money to spend on gifts and outings. And Thanksgiving came early in the month of November this year, providing the maximum number of shopping days — 32 — and shopping weekends — 5 — between Thanksgiving and Christmas.