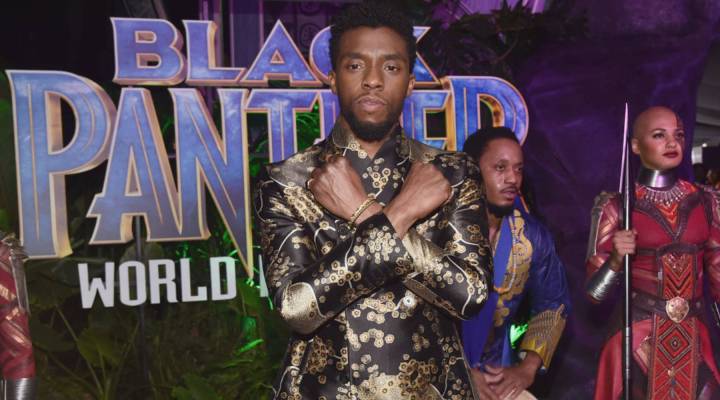 This year has been the mighty superhero that rescued the movie industry from the villain that was 2017, when box office sales hit a 25-year low and summer blockbusters flopped. Box office revenue hit $11.1 billion this week according to Comscore, the company that tracks box office receipts. Revenue is also 10 percent ahead of last year.

One reason is “Black Panther,” which started 2018 off strong, and raked in more than $700 million domestically.

“It powered the biggest month of February ever,” said Comscore senior analyst Paul Dergarabedian, who added that April, June, September and October experienced record sales because of films like Marvel Studios’ “Avengers: Infinity War,” “Incredibles 2,” and “The Nun.” Big new releases are on the way before the end of the year, including Disney’s “Mary Poppins Returns,” which is expected to help drive total box office revenue up to near $12 billion.

Part of the success of the industry this year has been a slate of fantastical stories that appealed to both children and adults, driving them to movie theaters so they could watch plots unfold on the big screen.

“Rather than just sitting at home and watching something on your couch, they’re able to go out and experience the movie with amazing sound,” said Heather Torres, who runs the entertainment business master’s program at Full Sail University.

“You have people who may not have come for a while. You know, you hear a lot of responses like, ‘Wow, this is what a theater is now,'” said Patrick Corcoran, with the National Association of Theater Owners.

Add to that, average ticket prices went up slightly, which adds to box office revenue. Most of that revenue goes to the big studios, theaters make most of their money off concessions.