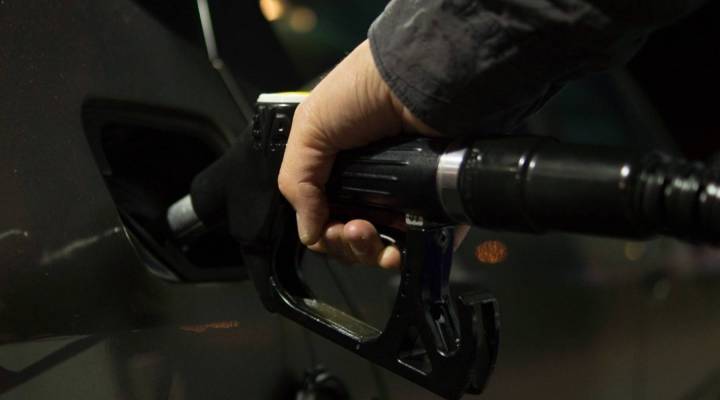 Gas prices, on average, are starting to drop just in time for the Thanksgiving holiday.

The national price for a regular gallon of gas has declined to $2.61, about 25 cents less than the average last month and about 7 cents less than this time last year. A decline in crude oil prices helps push down the price at the pump, said Tom Kloza, an expert on North American fuel markets and chief analyst at Oil Price Information Service.

That should be good news for many of the 54 million Americans who are expected to travel this Thanksgiving — the most since 2005, according to AAA.

But remember: this is the average, and some locations across the U.S. could be charging a much different amount — for better or worse. Like in Orlando, Florida, which is where the most expensive gas station is located.

Here’s a look at the places with the cheapest and most expensive prices across the country.

The cheapest gas station in the U.S.

Empire XPress in New Orleans, Louisiana, ranked the cheapest at $1.89 for a regular gallon of gas, based on user data collected by GasBuddy on Nov. 16.

Michael Right, vice president of public affairs at AAA, said several factors may play into this, including low fuel taxes in the state, Louisiana’s proximity to the supply of oil coming from the Gulf of Mexico, and high competition.

Empire XPress was the first in the area to set its price to $1.89, according to Patrick DeHaan, head of petroleum analysis at GasBuddy. After that, a gas station about a block away, Fuel Zone, eventually followed suit and dropped its price to the same amount.

“I’m sure everybody’s going to try to start matching my price. So then it’ll be good for the customer,” said Nashat Haider, the owner of Empire XPress.

It’s good for Stephanie Morris, who works as a realtor in New Orleans, and was surprised when she saw the $1.89 price tag.

“I travel throughout the city, so when I’m in that neighborhood, I notice that they have really good gas prices. Not all the time, but a lot of times you can find a really good deal,” she said. “Because I’m doing so much traveling, I want to get the biggest bang for my buck.”

The average price for gas in the city is $2.24 as of Tuesday, while the Louisiana statewide average is about $2.32, according to AAA.

One reason gas station owners might also keep prices low is so they can entice customers to enter their stores, Kloza said, pointing to Costco, which keeps gas cheap because it can nab the best wholesale gas prices and it wants people to buy its other products.

“They make a little profit on gasoline, but it is the carrot that gets people to visit with greater frequency into the big box store so you can buy that 50-gallon drum of mayonnaise,” he said.

The most expensive gas station in the U.S.

Suncoast Energys in Orlando, Florida, had this distinction on Nov. 16 — it charged $5.95 for a regular gallon, according to Patrick DeHaan from GasBuddy.

The average gas price in Florida: about $2.48 as of Tuesday.

“Suncoast is close to the [Orlando Airport] and tries to hide their price to unsuspecting motorists. I’d call it gouging,” DeHaan said.

This station often makes the most expensive list, because it seems like they don’t ever change their price, DeHaan noted.

When asked for comment, a manager at Suncoast Energys, who declined to be named, said “people can use whatever definition they want to. But if they understand the actual definition of gouging, then they would understand that would be incorrect.”

While gouging generally refers to unfair prices, Florida state law describes it as “extreme increases in the price of essential commodities, such as food, water, hotels, ice, gasoline, lumber and equipment, needed as a direct result of an officially declared emergency.”

“Florida only defines price gouging during declared events, but even then, it outlaws raising prices in far excess of pre-emergency pricing. But in my moral conscious as an analyst it’s absolutely gouging,” DeHaan said.

If you take a look at Suncoast Energys’ business on Yelp (which has a one-star rating), users will warn you about its prices.

“This is daylight robbery,” wrote one reviewer.

“If we, the ever loudening throng of Yelpers, prevent one person from buying gas at this place, our lives were not in vain,” said another.

How can a gas station get away with setting such a high price? “The classic answer is because they can,” Kloza said.

This station might think there are enough people who are desperate for the convenience, and it doesn’t have a major brand it’s affiliated with (like, say, Shell or Chevron) that might put pressure on it to be more competitive, Kloza explained.

People near the airport might also try to quickly fill up their rental cars with gas before returning them. (Rental car companies can end up charging $9 per gallon.)

But otherwise, Florida is a competitive market for gas. It’s supplied by U.S. Gulf Coast refineries, which Kloza said is “the greatest cluster of refineries anywhere in the world.”

So remember: always try to shop around for the best price. 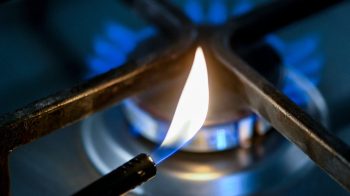