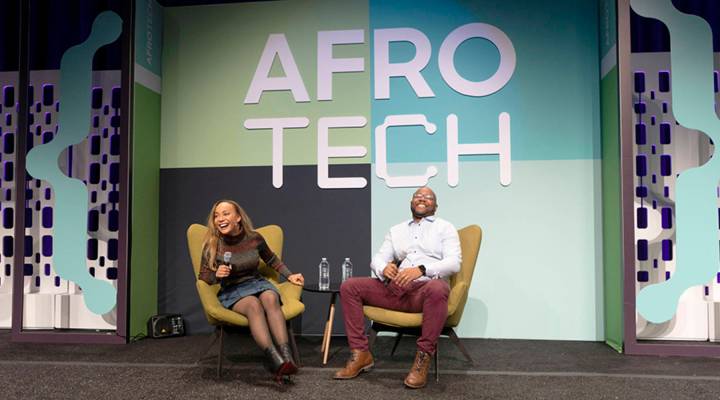 Black millennials are tech savvy, influential and spending about a $162 billion a year, according to a 2016 Nielsen study. And yet, black people are incredibly underrepresented in tech and media. Enter Blavity, a digital lifestyle brand for millennials of color. It started in 2014 and raised $6.5 million in venture funding earlier this year. Blavity’s founders say its advantage is its community members who pay to attend to events, and companies will pay to interact with them. Jeff Nelson is a co-founder and chief technical officer at Blavity. Marketplace Tech’s Molly Wood met him last week at one the company’s events, the AfroTech conference in San Francisco, which was born out of Blavity’s tech news site. The following is an edited transcript of their conversation.

Jeff Nelson: What’s unique about our business model is this combination of digital and in-person experiences. And that allows us to have such deep engagement from our audience that other platforms just don’t have. When you’ve just got a website, that website could be the flavor of the month or the flavor of the year, but if something new comes along, then those readers go away. For our audience, it’s so much more than just the website. It’s so much more than just the social channels. It’s also those in-person events as well. So that combination I think really gives us a competitive advantage.

Molly Wood: Tell me about the audience for Blavity. What do you want them to get out of it?

Nelson: Well, so we’ve got a number of different verticals. Travel Noir is obviously about travel, catered toward millennials of color. AfroTech is for entrepreneurship and tech education and tech employment. We’ve got Blavity News, which is for general news and politics. 21Ninety, which is for women’s health, beauty and empowerment. And then we have Shadow and Act, which is for films and media. The common denominator is millennials of color. But what we’ve been able to do is we’ve been able to build these vertical specific brands where people who may fit into that general category can then select and say, “Well, I’m really interested in travel, so I’m going to follow Travel Noir. And maybe I don’t follow 21Ninety, or maybe I don’t follow Shadow and Act, but I’m also a Blavity reader.” So our audience is so huge across all those different brands, but they’re so deeply engaged with at least one of our properties where many of our audience are deeply engaged with two or more of our properties as well.

Nelson: We’re really the only digital media platform that’s really catered to millennials of color across so many different verticals. Earlier in our founding, we were commonly referred to as the black BuzzFeed. We understand our audience so well because we are our audience. We’re certainly inclusive. We think that the concept that Blavity produces is certainly of interest to everyone. But what we are very intentional about is providing a platform for African-American creators and providing content that we know is going to be of interest to African-Americans because so few outlets have done that historically and so few are doing that today.

And now here’s the other tech news we’re following: