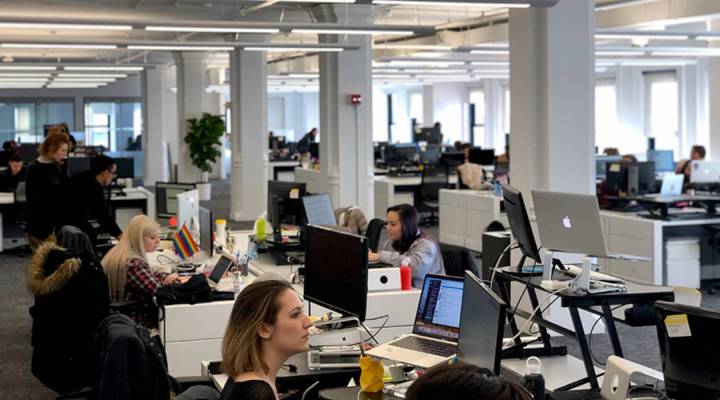 There’s only one digital-first news organization on Twitter’s top 10 most tweeted about news outlets. It’s NowThis News, a media company delivering news mostly to millennials mostly via video on Facebook, Snapchat, Instagram, YouTube and other platforms. NowThis launched in 2012 with no print or broadcast baggage. NowThis reports 2.6 billion video views a month, reaching 70 percent of millennials at any given time. But lots of digital media companies, especially the ones aimed at millennials, laid off employees or closed in 2018. Publishers found that relying on Facebook or even Google for views could be risky. Molly Wood spoke with Tina Exarhos, chief content officer at NowThis, at Fortune’s Most Powerful Women Next Gen conference last week. She asked her if it’s scary to be at the mercy of an algorithm. The following is an edited transcript of their conversation.

Tina Exarhos: It’s really, really challenging for any publisher, but I think for news in particular where this is maybe not what you expect that a young person goes to Snapchat first for, but increasingly it is where they’re getting their news. So just really being incredibly nimble and adaptable to just the changing tides of each of these platforms is the only way to succeed.

Molly Wood: And you can be pretty nimble, but you still don’t know what they’re going to do or frankly whether your audience is going to abandon them?

Exarhos: Yeah, well, I think first and foremost, and this is I think the privilege or the beauty of being a little bit more kind of building from the startup space, is if you build it and they come, then you have to believe that the business model will follow. So we spent a large portion of the first few years of our lives at NowThis just creating great content that built huge scale. So make sure that you have a loyal audience that is following you and engaging with you every day and work closely with each of these platforms to develop diverse revenue streams. And now thinking about what our content might look like off of these socially distributed platforms.

Wood: And are you are you venture funded now?

Exarhos: We were, and now we have a great investment from Discovery Communications that happened about two years ago and we merged together with three other brands and we formed what’s called Group Nine. So NowThis is part of Group Nine, which also includes The Dodo, Thrillist and Seeker, which is a science brand that Discovery launched a few years back.

Wood: How has, if at all, this kind of “techlash,” this sort of even just suspicion of some of these platforms in general, how does that change the way that you approach those partners from a distribution and kind of like user trust perspective?

Exarhos: So while certainly there’s, I think, a lot of hand-wringing right now around, you know, what’s going on different platforms, nothing is going away. There’s still the huge, huge majority of our country and people around the world getting their news off of these platforms. So I think what we can do as a publisher is the best job we possibly can and to tell the truth and to fact check what we’re doing, and that’s what we’re doing every day.