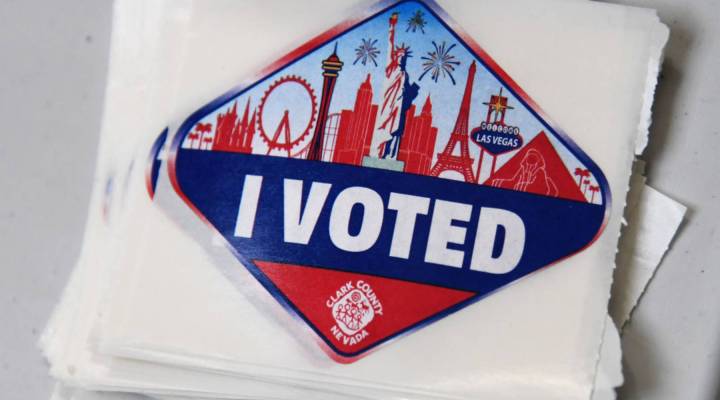 As they cast their vote in this year’s midterms elections, Nevada voters will also get to weigh in on a number of ballot initiatives. Among them is the proposal to eliminate the so-called “tampon tax” by making feminine hygiene products exempt from sales tax.

The proponents of State Question No. 2 — the ballot initiative’s official name — say its passage would be a step towards gender equality while its opponents worry about the effect this could have on the state budget and taxes on other products. As voters head to the polls, some women feel like they have to choose between easing their tax burden and funding for other things they believe in.

Nevada is currently one of 36 states that do not exempt feminine products from sales tax. The fiscal note that will accompany the State Question No.2. points out that there are approximately 867,000 women between the ages of 12 and 55 who live in Nevada and might be affected by this tax. If each of them spends between $7 to $10 a month on feminine hygiene products like tampons and pads that amounts to between $6.1 million and $8.7 million worth of feminine products each month. Over the span of the year, that’s equivalent to sales of $72.8 million to $104.0 million. When taxed at 6.85 percent, that’s equivalent to between $4.96 million to $7.11 million a year in tax revenue.

If feminine hygiene products were no longer to be taxed, that revenue — between $5 to $7 million — would have to be made up somewhere else, according to opponents of State Question No. 2. That means sales tax on other products might have to go up.

This has been an especially intense election season in Nevada, which could make history this November by electing the country’s first majority-female state legislature. There is the competitive U.S. Senate race between Republican Sen. Dean Heller and Democratic challenger Jacky Rosen as well as the gubernatorial race to replace Gov. Brian Sandoval, who after serving two terms is no longer eligible to run. That combined with another ballot initiative focused on whether to allow new energy providers to enter Nevada’s market has sparked a lot of attention and interest from all sides of the political spectrum, resulting in high early voter turnout.

In the lead up to the election, Sondra Cosgrove, president of the League of Women Voters of Nevada and a history professor at College of Southern Nevada, has been fielding questions from voters on a number of issues, including State Question No. 2.

Of course, women voters are not just concerned about gender equality. They care about education, state funding, jobs, the economy and other issues.  A poll of 674 registered women voters conducted by the Kaiser Family Foundation earlier this year found that among their top issues were health care, the economy and jobs, and gun policy. Just 10 percent of them said that “issues that mainly affect women” were the most important issues for 2018 elections. And so when faced with a question about whether to eliminate a certain tax — even one that directly affects them each month — the main question they are asking is: What am I supporting with my money?

“Is this going to go to education? Is this going to create jobs for people? These are all top of the list issues that are important for women,” explained Cosgrove. “On the one hand, they do think it’s unfair that only women are paying that part of our general funds or that part of the tax.”

She is not surprised that Nevada voters are questioning what might happen to the budget if this tax is eliminated.

“Folks, I think, intuitively know that they’re not subject to a special tax. They know that it’s just the sales tax,” she said. “The question then becomes: OK, if we cut taxes here, what does that mean in terms of everything else?”

However, there are a number of items that are already exempt from Nevada’s sales tax, such as food and even candy and soda, pointed out Nevada Assemblywoman Sandra Jauregui, one of the sponsors of State Question No. 2. So why not exempt feminine hygiene products?

Doing so would remove “a gender tax from our tax code,” said Democratic Sen. Yvanna Cancela of Las Vegas. “Feminine hygiene products are primarily bought for women and the sales tax on what are medically necessary devices disproportionately affects women. And I think removing a tax like that from our tax code is important in moving towards equality.”

She also pointed out that the amount in question is “a pretty small amount in comparison to the rest of the budget.” How small? The current biennial budget passed in 2017 is $8.1 billion. If the tax revenue loss were $14 million over two years, that would account for about 0.17 percent of the entire budget.

There are other ways to make up that difference, said Assemblywoman Jauregui. She pointed out that back in 2015, Nevada passed the largest tax increase in the state’s history and that the state’s recreational marijuana industry has been “supportive of taxes on their industry to support education.”

“I never feel that the state should be funding itself on the backs of women,” she said.

What’s more, Assemblywoman Jauregui added, the money saved by women on sales tax isn’t likely to stay out of Nevada’s economy. “If a family gets to keep $30 a year in their pocket by saving on the sales tax on feminine hygiene products, does that mean that they’re keeping it and it’s staying out of our economy or they reinvest it back in our economy?” she said. “Are they spending that money in the store where the savings occurred? Or are they going out to eat and spending it on a family meal out in the city?”