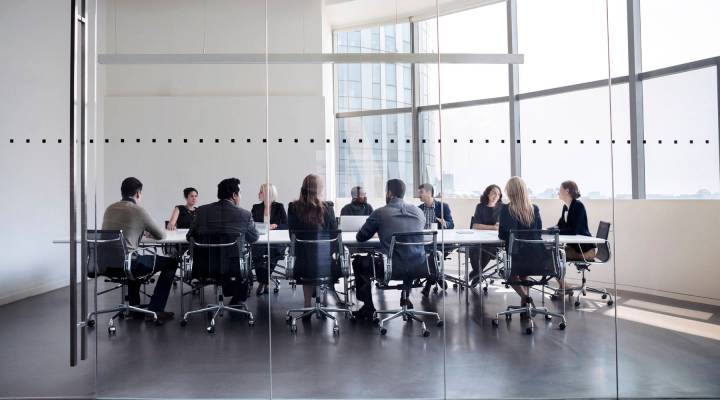 A system that distills your personality to four letters might have a hand in whether you’ll get that job offer.

The Myers-Briggs Type Indicator — you might’ve taken the questionnaire in a psychology class or during a team-building session at work — has become the most popular personality test in the world. Companies use it to analyze job applicants, managers use it to determine which employees might get along with one another, and your friends might use it to tell the world what kind of person they are.

Merve Emre, an English professor at the University of Oxford and a former consultant for the firm Bain & Co., chronicled the rise of the indicator in her book “The Personality Brokers: The Strange History of Myers-Briggs and the Birth of Personality Testing.”

That questionnaire’s strange history begins with the mother-daughter duo Katharine Cook Briggs and Isabel Briggs Myers. Katharine, who had graduated from Michigan Agricultural College (now Michigan State) in the late 19th century, wanted to figure out how she could use laboratory science techniques she learned there to help in the child-rearing process.

Katharine had developed her own theory of personality type, labeling people as “meditative,” “spontaneous,” “executive,” and “sociable.” But in 1932, she encountered “Psychological Types,” a book by the Swiss psychoanalyst Carl Jung, and used his ideas of “introversion vs. extroversion” and “thinking vs. feeling” as a new way to categorize people. Isabel, who had inherited her mother’s interest in typological theory, then began designing the first prototype of the Myers-Briggs Indicator in the early ‘40s.

The test classifies people as one of a possible 16 different types, across four different spectrums: Extroverted vs. introverted, intuitive vs. sensing, thinking vs. feeling, and judging vs. perceiving.

Emre joined us to discuss how often companies still use the indicator and why she thinks it became the most popular personality test in the world. The following transcript has been condensed and edited for clarity.

To what extent do businesses still use the Myers-Briggs system today?

It’s really prolific. So the most recent statistics indicate that 1 in every 5 Fortune 1,000 companies uses it in the hiring process. Eighty-nine of the Fortune 100 companies use it either in the hiring process, or in the workplace for team-building exercises, leadership coaching, executive talent management, things like that. The marketplace for workplace personality assessments is upwards of $2 billion.  Many of the companies that publish and administer these indicators are private, so it’s hard to know exactly what the market share of the Myers-Briggs Type Indicator is, but in the late ‘90s, it was estimated that their share would be about 25 to 30 percent of that market.

Do you have a sense of what kind of company uses the test, and do you know any specific companies that use it?

Before I became an English professor, I was actually a management consultant and I worked at Bain & Co., and that’s where I first encountered it. So all of the consulting firms — [Boston Consulting Group], McKinsey, Bain, Deloitte, Accenture —  definitely use it. The kinds of corporations that are likely to use it are service-oriented ones. They’re ones where they’re hiring people whose job it is is to manage other people.

How do workplaces use the Myers-Briggs system to make decisions about employees?

Some of it is in the hiring process. I have a sister who was interviewing for a very kind of cultish New York City hedge fund. The first round of that interview was taking a battery of personality tests, one of which was Myers-Briggs. Later when she was hired she was told that part of getting through that first round was having a very particular Myers-Briggs type, in that case they were actually looking for, I think, INTJs, which is her type. So it can be as specific as that. It can be, like I said, more in the process of workplace management and team-building exercises. When I was at Bain, I had a manager, who every time he staffed a new case, he had every new person reporting to him put their Myers-Briggs type on a white board and he would try to project what kinds of conflicts might arise based on who was reporting to whom or who was working with whom and what their types were. So it really becomes this way of trying to organize the workplace so that you’re minimizing conflict and maximizing collaboration and keeping people generally happy so you don’t sort of interrupt the productivity of the workday.

Based on the system, is there an idea of what types are supposed to be best suited for which jobs?

There are some statistics about that. They mostly come from the MBTI foundation and from the publisher of the indicator, so I can’t testify to their validity or their reliability. What’s interesting is that when you look at the kinds of professions that are allied with different types, all of them are incredibly lucrative white-collar positions that require access to a high degree of education. So it’s not like somebody takes Myers-Briggs and looks at these type tables and is told, “You are going to be a sanitation worker.” Every profession that is allied with a particular type is this kind of aspirational, upper middle-class position. I think this gets at, what’s even more important to me than if certain types are discriminated against, is just that the entire enterprise of personality testing is premised on the idea that only certain types of people have personalities that are worth discussing in these individualized ways. When Isabel Briggs Myers designed the indicator in the ’40s, she very firmly believed that nobody with an IQ under 100 was worth testing because they didn’t have the cognitive abilities to differentiate their preferences. You can see the way in which there’s a limitation already on who has access to this language of personality.

How valid or accurate is the system?

The most recent research shows that it’s neither valid nor reliable.

What does the research ultimately say?

By valid, what they mean is: is it measuring what it claims to be measuring? And I think that’s a question that it’s almost impossible to even ask a test like the Myers-Briggs Type Indicator, in part because the definitions of terms like extroversion and introversion have changed so dramatically during from when it was first designed in the ‘30s and ‘40s to now, that the question of validity doesn’t even really make sense to me. And then the question about reliability too is a question about test-retest reliability. So how many people upon taking the indicator a second time are likely to get the same results as the first time? And that number is quite low. It doesn’t meet the standard percentage for what would be considered a reliable test. So it’s neither scientifically valid nor reliable, but that actually isn’t interesting to me, because I think what’s interesting is that people continue to believe in it and they continue to talk about their type in ways that are completely credulous, completely absorbed. They really continue to give themselves over to this fantasy of their type in a way that makes these questions about scientific validity or reliability kind of irrelevant. I mean, people believe in it despite knowing that it’s probably not true or real. And to my mind, that actually means that it approaches something more like religion than science.

Why do you think the Myers-Briggs indicator became the most popular personality test in the world?

I think that it’s for a couple of reasons. The first is that because the language of type that it offers is incredibly simple. You and I use terms like extroversion and introversion, thinking and feeling all the time in our everyday discourse. So it’s not asking you to learn an entirely new language or entirely new system of thinking about human beings. These are words that we use very, sometimes thoughtlessly to describe the people that we know, and so I think it’s tapping into a kind of preexisting rhetoric that we have. I also think it’s done a very, very good job convincing people that it’s non-judgmental and that it doesn’t want to tell you that you have to change who you are. It only wants you to accept who you are and through that kind of acceptance, start making decisions that will make you happy, start bringing your behavior into alignment with your preferences. And I think that’s a really compelling fantasy. I also think that at the same time that the indicator promises you that it will be kind of singling you out, that you will encounter something sort of unique and distinctive about who you are, it’s also telling you that there are other people like you out there. Friends of mine that are on OKCupid or Tinder are always sending me these screenshots of people who put their type in their profile. I think that’s very interesting because it’s saying, “Look, person looking at my profile trying to figure out if you want to go out on a date with me or not, here is a kind of projection of who I am.” And there’s a possibility that somebody will look at it and say, “Oh, this person is an ISTJ. I’m an ISTJ too; we already have this connection.” So it is this way of establishing a social bond through language.

By the way, if you’re curious what type you are, you can take a version of the test here.