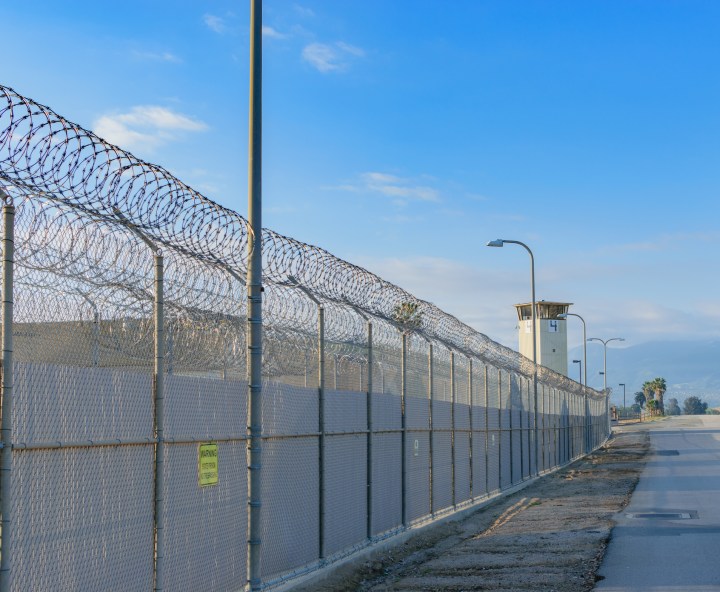 Denise Myers achieved a long-time dream in August: At age 54, she graduated from nursing school.

Myers works for California Correctional Health Care Services in a rural Southern California prison. She started her new job this fall as a registered nurse after a year-long apprenticeship program that helps state health care workers move from some of the lowest-paying jobs in the profession to some of the highest.

Apprenticeships give students the opportunity to earn money while they learn on the job. California has been ramping up apprenticeships in recent years in fields that aren’t typically associated with them, like information technology and health care.

Myers had tried to enroll in a nursing program 15 years ago, but she didn’t get in. At the time, she was recently divorced with three kids.

“I needed to really get out into the workforce and earn an income,” she said.

So she became a licensed vocational nurse, or LVN, instead. It’s a shorter, less demanding program, but LVNs are paid about half what a registered nurse makes.

Myers always thought she’d go back to nursing school, but the nearest campus was two hours away and she couldn’t afford to quit her job and take on student loans. “I all but gave up on that hope,” she said.

But then, in late 2019, she got a letter about an apprenticeship program at her workplace. She was able to keep her job and her salary, but spend half of her work hours training to become a registered nurse.

The program helps alleviate the correctional health care system’s long-standing problem of a “chronic shortage of nurses the use of mandatory overtime to fill that need,” said Ken Anyanwu, apprenticeship success coordinator with SEIU Local 1000, the union that represents state employees.

The program also gives existing employees like Myers the chance to take their careers to the next level.

Barbara Barney-Knox, who oversees nurses in the state correctional system as the deputy director of nursing for California Correctional Health Care Services, said at first she was skeptical about the idea of a nursing apprenticeship.

“And that’s because, like many people, when you think of apprenticeship you think of the labor trades, right?” Barney-Knox said.

But then she saw it in practice. “What we gain is a higher level of an employee,” she said, including better health outcomes for patients.