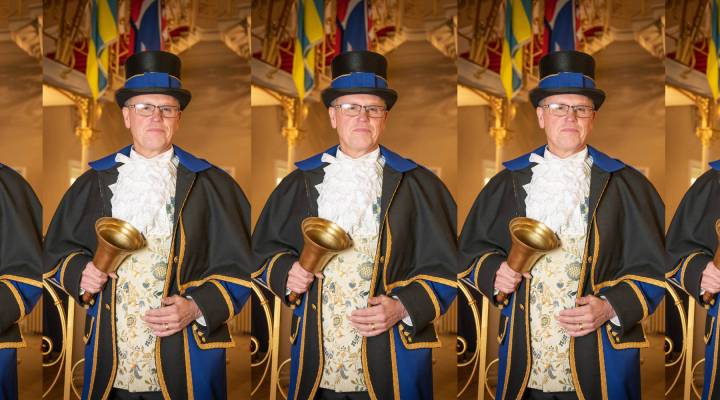 Downtown shopping areas all over Britain have been buckling under competition from online retailers — just like their counterparts in the United States. In a bid to meet that competition and revive interest in “bricks and mortar” shopping, dozens of British towns and cities have revived the ancient post of town crier. Dating back to the Middle Ages, these rather quaint officials, dressed in breeches, stockings and a tricorn hat, are supposed to grace ceremonial occasions and make municipal announcements. Five years ago it was estimated there were about 80 of them across the United Kingdom; today there are more than 150, and many of them have been deployed specifically to boost ailing shopping centers.

The latest city to appoint a town crier is Salisbury, where retailers are facing an additional problem: a big downturn following the nerve agent attack in earlier this year that killed one person and critically injured two.

“We’ve lost quite a lot of money through the whole Novichok situation,” said Sophie McDonnel, who runs a small clothing store in the center of the city. “Our sales have dropped a lot since it happened. Probably by more than half.”

Many other Salisbury shops have suffered as the number of tourists visiting the city has fallen by more than 20 percent.

Jo Broom, deputy leader of Salisbury’s city council, came up with the idea of hiring a town crier to bring color to the streets and boost the battered confidence in the city.

“The poisonings have been a huge blow to the city,” Broom said. “The new town crier should help us get back people’s trust and confidence. Part of his role will be to shout about all the good things happening here and all the reasons that people need to come and see us and support us. He may even announce some individual store promotions,” she said.

The crier, Jef Hutchby, 55, was selected for the part-time post because of his “authoritative presence” and commitment to the city. His most important message, he said, is that the city is now completely safe.

“At the moment, if people think of Salisbury, they think of the attacks,” Hutchby said. “But we have had the all-clear. There is no reason to fear coming here.”

He should know. He’s a police officer by profession.