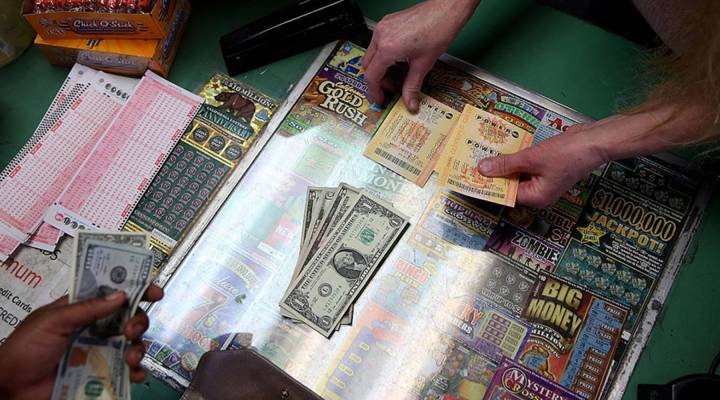 When you inevitably win the Mega Millions jackpot lottery (just kidding, the odds are 1-302,575,350), you’re going to have a lot of decisions to make: which financial adviser to choose, how many lawyers to hire, where to erect your golden statue.

One of the first decisions you’ll have to make (again, though, there’s an infinitesimal chance of this being relevant to you) is how to take the estimated $1.6 billion payout. Will it be a one-time, cash lump sum or three decades of annuitized payments?

The initial trove of money from the cash option is $913,700,000, according to www.usamega.com. After a 24 percent federal tax, that amount becomes $694,412,000 in California and Delaware, the two states that do not charge state tax on lottery winnings.

Since the difference in the amounts is so vast, why do so many advise taking the lump sum option?

“If you are able to invest it wisely, you likely would actually be better off to just take the cash option, because you could take the excess and invest it in the stock market or to other assets and earn a return that is greater than what you are receiving by just taking that $1.6 billion, in this case, dividing it up over the 30 years,” said Nicole Kaeding, director of federal projects at the Tax Foundation.

Kaeding said another reason to consider the lump sum payment is the tax cut that was recently passed. The top marginal income tax rate was lowered by 2.6 percent for federal taxes. That translates to a savings of $23,756,200.

By taking the annuitized option, you (but probably not you) would continue to be at the mercy of whatever whims the controlling political party decides about the tax rate.

“That is the risk to annuitization, is that you don’t know what the taxes will look like in the future,” Kaeding said. “You would be rolling the dice that tax rates would not be increasing substantially in the future.”

There are other complicating factors to making a completely informed decision, such as the likelihood of getting enough returns on your investments to make the lump sum option worthwhile. Also, some businesses purchase annuitized payouts, such as ones set up in structured settlements, so going with option No. 2 may not be as final as it sounds.

But overthinking things can take the fun out of lottery fantasizing. After all, just playing is itself an objectively bad bet. But even Kadeing said it’s one she’s willing to make. She’s got her ticket.

“I’m an economist,” she said. “I realize that I’m likely not going to win, but I do receive a little bit of value of that five minutes I think about what would I do with all of that money. To me, that’s worth $2.”