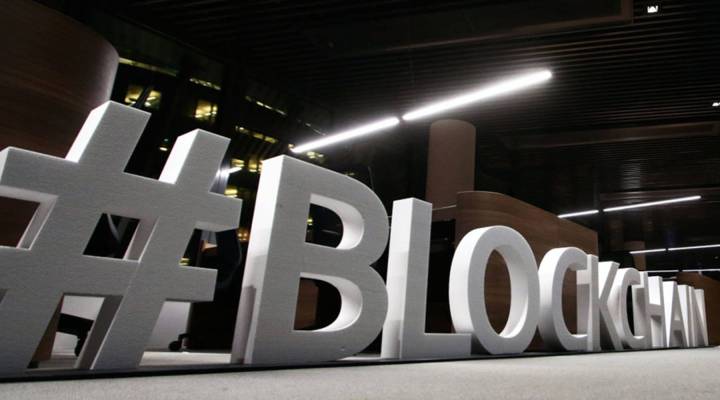 Blockchain is the buzzword of the day in startups. The digital transaction technology backs cryptocurrencies, like bitcoin, that we hear so much about. But business plans abound to give every industry a blockchain makeover, from real estate to drug prescriptions. Companies and organizations focused on sustainability see a particular opportunity in blockchain to verify every step a product takes, from origins to consumer to disposal. Jayson Berryhill, a partner at Eachmile Technologies, is working on a blockchain project for sustainable seafood.

“Seafood supply chains, unlike many different commodities, they are very long and fragmented,” Berryhill said. “And because of that, we lose track of where where seafood comes from. … A lot of the seafood [that people] think is coming from Alaska … it’s Alaskan seafood, yes. But it goes to China first, and then it comes back here.”

Berryhill said the fix for this problem is data. Reporting and collecting data up and down the supply chain could determine whether seafood really is sustainably caught, processed and sold. But that hasn’t been easy.

“If I’m a shrimp farmer in Indonesia, or if I’m a wild-capture fisher in Indonesia, why am I going to take the extra effort to capture and communicate data about the seafood when it has zero impact on my livelihood?” Berryhill asked.

Enter Fishcoin. Boat captains, shrimp farmers, warehouse workers and others can get digital tokens in exchange for reporting where they got their product and whom they handed it off to. They can exchange this virtual currency for something of actual value: credit on their cellphones. Each Fishcoin transaction is recorded on the blockchain, a shared ledger that is open, transparent and controlled by no one in particular. Berryhill said that last factor is appealing for sustainability initiatives.

“I was at a conference recently, the Global Aquaculture Alliance, and a lot of the major players in the seafood industry were there,” Berryhill said. “And I was on a panel, and I was talking about this very thing. I said, ‘If we created the perfect platform for traceability, who in this room gets to own it?’ Everybody kind of looks around. And then I said, ‘What about a government? Is anyone here comfortable with a government owning it? And which government?’ So who gets to own the data flow, in other words? The problem is that there’s no good answer to that question. What blockchain does well is that it is, or can be, a decentralized platform. It can be something where we can share data, but it’s very unclear which particular individual owns it because it’s a shared ledger. That’s where it has a lot of power, and that’s where it’s very appropriate for the seafood industry.”

Berryhill said he doesn’t have a background in seafood, but in telecom. It was working in the mobile payments market in Asia that got him into this world, and the realization that while very few fisherman have a bank account or a government-issued ID, almost all of them have a cellphone.