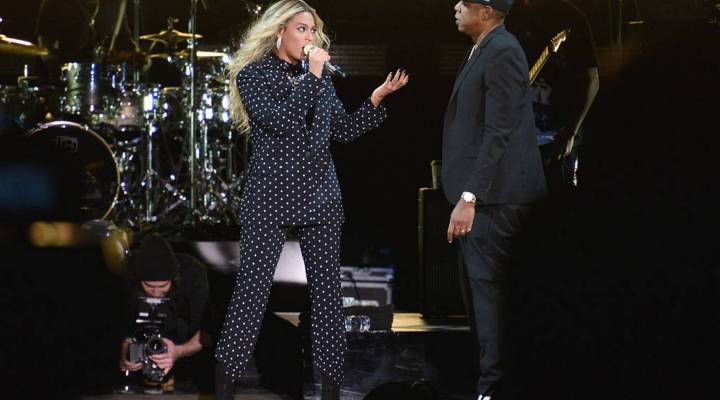 A view of Beyonce performing back in 2016. Tickets for Jay-Z and Beyonce's "On The Run II" tour this year reached nearly $1,300 at one point. Duane Prokop/Getty Images

A view of Beyonce performing back in 2016. Tickets for Jay-Z and Beyonce's "On The Run II" tour this year reached nearly $1,300 at one point. Duane Prokop/Getty Images

Ticketmaster has allegedly been working with scalpers to increase its profits, according to an investigation by CBC News and the Toronto Star.

The outlets sent undercover journalists to an industry convention in Las Vegas, where they learned about Ticketmaster’s TradeDesk system. It allows scalpers to buy tickets from Ticketmaster’s site in bulk and then list them again for resale, with profits from both sales going to Ticketmaster.

“It is categorically untrue that Ticketmaster has any program in place to enable resellers to acquire large volumes of tickets at the expense of consumers,” according to a statement released from the company.

The ticketing and scalping industry is often shrouded in secrecy, which can be frustrating for customers.

Dean Budnick, editor in chief of Relix magazine and co-author of the book “Ticket Masters: The rise of the Concert Industry and How the Public Got Scalped,” said he wishes that there were more transparency surrounding ticket sales.

In light of the TicketMaster controversy, we talked to him about the history of the scalping industry, and some of the methods professional scalpers use to snag tickets.

In trying to do right by their fans, artists like Bruce Springsteen have paradoxically helped scalpers, according to Budnick. These cheap prices end up giving scalpers plenty of room to hike prices on the secondary market, while tickets that are in the hundreds of dollars range makes things riskier for scalpers.  At one point Springsteen priced them so low, that Budnick said “he basically for all intents and purposes invited [them] to come.” But when the ticket price is in the hundreds of dollars range, it becomes riskier for some scalpers.

2. There’s no federal law against scalping

Trying to regulate online secondary ticketing is extremely difficult, because it’s a jurisdictional question. “Think about this: somebody in Massachusetts could be selling a ticket to someone in New Hampshire to an event in Rhode Island and through a server that’s based in New York,” Budnick noted.

Companies like American Express have allowed members to purchase tickets before the general sale for some events, which professional scalpers take advantage of. “Professional ticket brokers, in many cases, have dozens if not hundreds of credit cards, which oftentimes they will share with one another between markets if they have relationships,” according to Budnick.

4. The Grateful Dead took control of their sales

Starting in the 1980s, the Grateful Dead would sell half of the inventory of their shows themselves through their own ticketing service. Part of the reason the band did that was to deter scalpers. But it wasn’t easy — most venues had contracts with promoters and a ticketing company, and whoever earned the right to sell tickets for a revenue would be able to sell 100 percent of those tickets. The Grateful Dead fought to sell their own even though they weren’t contractually allowed to. “Then they would sell [them] through a system that required you to go out of your way to put something on a notecard and get a postal money order and send it physically to the Grateful Dead office in San Rafael, California,” Budnick said. “And then there was a staff of people who if they thought somebody was ordering tickets for more than one show, would try to match up handwriting. It was really crazy.”

5. There might not be a line between “reselling” and “scalping”

You might often see the term “reselling” to replace “scalping,” so is there a distinction here? Not really, Budnick said. It’s just that “scalping” is a pejorative term while “ticket resale” isn’t. Budnick said that when StubHub was working on its business plan, co-founder Eric Baker came up with the idea of using the term “secondary” ticket to eliminate the use of scalper. “In some people’s minds, a scalper maybe is a professional, and someone who otherwise is just trying to unload a ticket or maybe make a little money to pay the rent or go out for a nice dinner with his wife is not the same,” Budnick said.

Ticketmaster started getting engaged in directly selling tickets on the secondary market within the past decade, Budnick said. The company made it easy for season ticket holders on its platform, and then increasingly moved toward concert tickets. Budnick said sports, in particular, may have been the logical place to start because season ticket holders can’t go to every game. 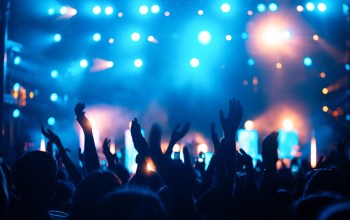