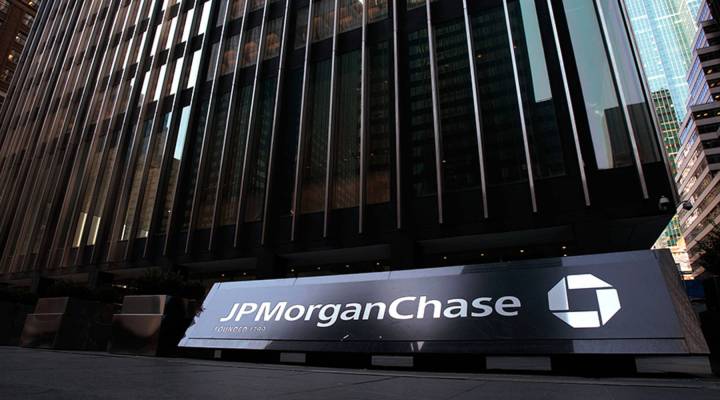 Ten years ago this week, investment bank Lehman Brothers collapsed. Unlike similar financial institutions, it collected no government bailout. It was not too big to fail.

“Too big to fail” is closely associated with the financial crisis of a decade ago. It was used as a justification for those government bailouts.

The idea behind “too big to fail,” of course, is that some institutions are just so massive and interconnected that their failure would mean disaster for the economy.

And today? Lots of firms seem to fit that classification.

Let’s just take JPMorgan Chase. It manages $2.8 trillion. That’s more than the gross domestic product of Canada, Italy or Brazil. Just six banks manage more than half the assets in the whole banking industry. Most of them would be considered too big to fail.

There was a time when banks were small and plentiful.

The Great Depression wiped out thousands of banks, but for about 40 years after that, the number was stable. Until it wasn’t.

“There’s been a tremendous amount of consolidation during the last four decades,” Sylla said. “The American banking system went from about 13 or 14,000 commercial banks four decades ago down to closer to 5,000 now.”

One reason there were so many banks is because state laws ensured it. Federal law left the regulation of bank branches up to states. Different states had different rules, and rules within states could be pretty restrictive.

“For most of American history, banks were not able to cross state lines,” said Frederic Mishkin, Columbia University professor of banking and financial institutions. “In some states you could only have only one branch.”

Some banks lobbied for it to be this way, Mishkin said.

“This actually was a way for banks to not be as competitive, and particularly if you’re a bank in one state you don’t want to have people from other states come in and take away some of your business. So you’ll fight like hell to keep them out,” he said.

Just because there were a lot of banks back in the ’70s and ’80s does not mean they were good banks.

“I lived in Chicago in the 1980s, and the service was just horrendous because the competition was just terrible,” Mishkin said. “I had a case where they had a check that that was forged. They cashed it and they’re supposed to give me the money back. I never got it back. So it was a different world.”

But the real problem for banks of that era was that because they were small, they were fragile, said Robert Hendershott, hedge fund portfolio manager and Santa Clara University associate professor of finance. “Having tens of thousands of tiny little banks is economically insane,” he said. “It is not an efficient way to organize a banking system.”

Today we talk about banks being too big to fail, but back then they had the opposite problem.

“The U.S. banking industry was too small to thrive,” Hendershott said.

He points to Texas, where oil was king in the ’80s. Texas had more banks than any other state. Regional banks, like those in Texas, were not diversified. They were tied to the local economy. So when the price of oil fell to $10 a barrel, hundreds of Texas banks failed. The number of banks in the United States also shrank during the thrift crisis in the late ’80s and the recession in the early ’90s.

It’s at this point that Congress started to take notice, and in 1994, it passed the Interstate Banking and Branching Efficiency Act.

“That was where Congress tore down all the barriers and banks became free to merge and grow across state lines,” Hendershott said.

And that is exactly what banks did. Through the Great Recession, banks consolidated even further as some failed and were bought up by others. And more banks went from “too small to thrive” to “too big to fail.”