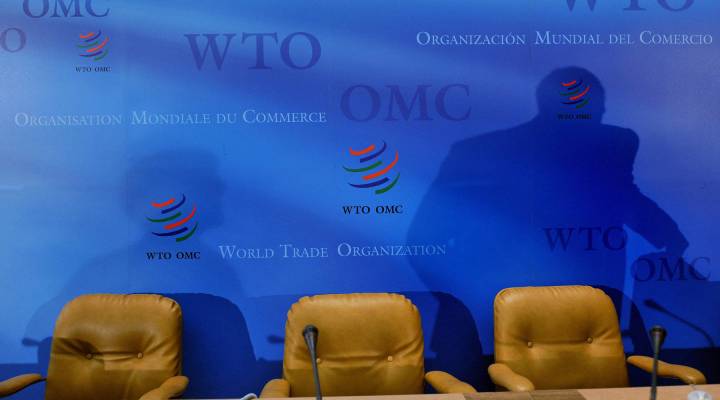 China filed a complaint with the World Trade Organization Monday, nearly a week after President Donald Trump threatened it with an additional $200 billion in new tariffs.

Separately, the United States went to the WTO with complaints of its own about retaliatory tariffs from China, the European Union, Mexico, Canada and Turkey in the latest sign that a trade war is heating up on multiple fronts.

If you’re not a trade wonk, you probably don’t spend a lot of time thinking about the WTO. We’re here to help. Here are five things you need to know about the World Trade Organization.

1. The WTO is the referee in global trade disputes. Founded in 1995 and headquartered in Geneva, the WTO has 164 member countries, including the U.S., which is a founding member. When members disagree, a panel of  judges hears the case and issues a ruling, which is subject to appeal. Without the WTO, countries would likely have to rely on ambassadors to resolve disputes. That would be a lot of work …

2. … in part because the United States is so active in WTO disputes. The U.S. has been involved in about 40 percent of all WTO disputes, which makes sense given the size of its economy and trading relationships. It also has the best win record, coming out on top in 85 percent of cases.

3. Still, Trump has called the WTO “a disaster.” It was one of many institutions Trump lambasted on the campaign trail, and he’s still considering pulling the U.S. out. Now, that change would require congressional approval, but the executive branch still has a lot of authority on trade, which it can use to undermine the WTO.

4. The White House has blocked new judicial appointments at the WTO. Even before escalating trade wars this summer, Trump vetoed the appointment of new judges to fill vacancies at the WTO. If enough judges term out without replacements, the organization won’t have a quorum, making it unclear how it would keep resolving disputes.

5. While the United States and other countries have filed complaints, recent trade disputes are unlikely to be resolved at the WTO due to its prolonged timeline, according to Eswar Prasad, a trade policy professor at Cornell University.

“I see [the complaints] as something of a sideshow and a tactical move, rather than a part of a longer-term strategy,” Prasad said. “I strongly suspect that many of these issues are going to be worked out bilaterally rather than through the WTO, so this is just posturing to some extent.”