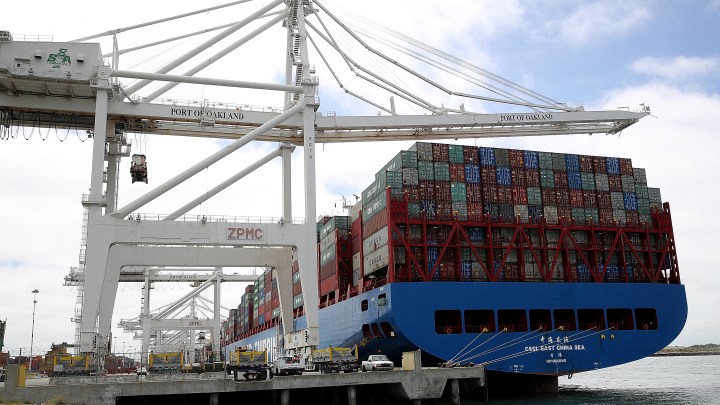 COPY
An East China Sea container ship in the Port of Oakland in 2018. China's economy has grown 900% since 2001, causing a tariff imbalance. Justin Sullivan/Getty Images

An East China Sea container ship in the Port of Oakland in 2018. China's economy has grown 900% since 2001, causing a tariff imbalance. Justin Sullivan/Getty Images
Listen Now

Every country in the WTO has a maximum average tariff they can impose on their trading partners, and they vary dramatically.

“The average tariff for Brazil is 31%, whereas for the United States, the average is about 3.5%,” said Timothy Kehoe, professor of economics at the University of Minnesota.

Just because countries can charge a maximum tariff does not mean they do. Brazil’s average real tariff rate is 13%, way below its maximum of 31%. Still, that does sound crazy on the face of it that the rules let some countries tax the stuffing out of their trade partners.

“But it’s what has been negotiated,” said Rachel Brewster, professor of law at Duke University. “States signed up for this.”

Over the decades as countries first signed up for the WTO — or agreements even before the WTO existed — they were coming from very different places. Some were much more closed economies with high tariffs, others less so. Every entry to the WTO involved a negotiation to bring down tariffs.

“When we talk about China having 10% bound tariff rates, this is what China negotiated and what the members of the WTO accepted — including the United States,” Brewster said.

Now, of course, things change. China’s economy has grown more than 900% since 2001, for example. It’s reasonable to disagree with current tariff imbalances. The question is what do you do about it.

“Reciprocity — I’ll cut our tariffs here but in exchange, you have to lower your tariffs there,” said Chad Bown, a senior fellow with the Peterson Institute.

That’s one option. The other option is threats.

“The Trump administration approach thus far has basically been ‘You’ll lower your tariffs, and if you don’t, we will raise our tariffs against you,'” Bown said.

The results so far have been a mixed bag. 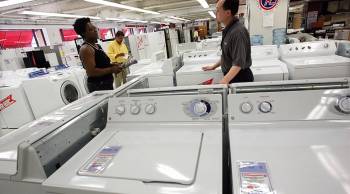