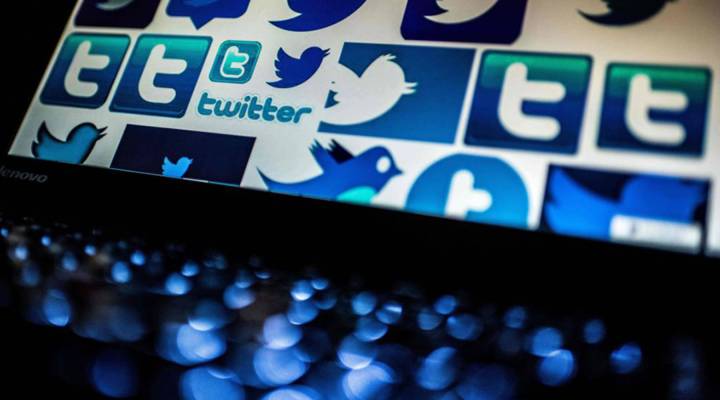 This week, Twitter announced that it’s removing locked accounts from its platform. That’s in an effort to clean up its bot problem. Bots are fake Twitter accounts that spread propaganda and intimidate people. A New York Times story in January suggested that up to 15 percent of Twitter’s user base could be bots. Twitter says it was more like 5 percent. But now, as the company is trying to clean up the bot problem, some investors are worried that Twitter may have fewer human users than they thought. Kevin Roose follows social media for the New York Times. He spoke with Marketplace Tech host Molly Wood about how bots became a business problem for Twitter. The following is an edited transcript of their conversation.

Kevin Roose: This is sort of the big problem with bots is they can be used to make a person look more popular than they are. They can also be used to make an issue look larger than it is. So, we saw this in the election in 2016. We’ve seen this since with certain hashtags that have been artificially amplified by bot networks. Basically, it just undermines trust in the platform and big marketing companies, big advertisers, started to complain that they weren’t sure whether they wanted to keep advertising on Twitter anymore because they couldn’t trust the integrity of the network. And I think that was one of the things that prompted Twitter to act.

Molly Wood: So, let’s dig into the math here a little bit. The number of monthly and daily active users has been a big metric for Twitter. Now it seems to be working really hard to differentiate that from users. It feels like from a business perspective it seems to muddy Twitter’s message about how many humans are using its platform?

Roose: So, monthly active users and daily active users are kind of the core metrics for a social network. Obviously, investors were concerned. But they’ve also been making some attempts to clarify that not all of these accounts were being included in their metrics anyway. So, they had been you know inactive for more than 30 days, or they had removed them right when they found out, right when they signed up. And more to the point, they’re making a case that this will actually make the platform more valuable because it will entice advertisers who maybe were skittish about participating before because it was sort of infested with all these bots.

Wood: It feels like the second part of that is probably true. And that ultimately this is a good thing, but it also feels like maybe Twitter has been deluding itself a little bit about its bot problem, right?

Roose: Yeah and one sort of suspicion among some of the folks that I talked to is that this is Twitter trying to get ahead of a drop in its monthly active users, or daily active users, in its next earnings report in a couple of weeks. They can say, oh well that’s because we’ve been cracking down on spam and bots and all these kinds of things that aren’t good for the platform’s overall health. My suspicion is there’s a combination of factors that are maybe going to lead to some lower numbers than maybe investors were expecting.

Wood: If a bunch of follower counts go down, on its face it doesn’t seem like that big a deal. But people really like being “liked.” Is it possible that it could change people’s feelings about the platform to not get that feedback loop that they’ve gotten so used to, or to see followers go down and be like, what’s the point?

Roose: Yeah, it’s possible. I think Twitter said that most people will see a change of 4 followers or fewer and that big accounts like President Obama, President Trump, certain celebrities, they might see their counts go down substantially. And in fact, some already have as a result of this. But for most people on the service this is not going to be a very big deal.

Wood: But you know President Trump’s going to freak out about that. I’m just saying there’s no way that ends well.

Roose: He already sort of has. I mean he tweeted the other day that Twitter is getting rid of these fake accounts, does that include the New York Times? The Washington Post, etc. etc. So, he obviously will not be thrilled with losing hundreds of thousands or millions of followers who are bots, but he didn’t buy those probably in the first place. I mean there are lots of bots that no one asked for that are just sort of glomming onto these large accounts.

Wood: And more seriously, a lot of the accounts that bought many of these followers are what you could term “influencers” and they are building businesses on the backs of this sort of perceived influence. And so, I wonder if it’s a little bit like, oh I built my app on Facebook and then they changed their algorithm. Could it have a negative effect if you are a Twitter influencer?

Roose: Sure. I think that’s sort of one of the reasons that advertisers or marketers have been wary of working with social media influencers is that you just don’t know how many of their followers are real. Someone could have 200,000 followers and 10,000 of them are real and the rest are fake. So that sort of brings the whole credibility of the platform into question. But I think for most people this is a good thing. I mean this is Twitter finally dealing with one of the biggest problems that it’s had over the years, which is that it’s very hard to tell when things are happening organically and when they’re the result of coordinated and automated activity.

Wood: Does it solve the human problem? I mean both Facebook and Twitter obviously are struggling with the question of, do we allow Info Wars on our platform on Facebook’s side, or do we allow Elon Musk to incite his fans to attack a journalist on the Twitter side? Even after they clean up the bot problem there’s still kind of the weird speech tension that happens on these platforms, right?

Roose: Yeah, I think that’s a separate problem and a much thornier one for them. I mean the bot and automated spam problem is very easy for them to conceptually say, we’re against this. This is bad for the platform. What becomes much more controversial of course is all this stuff around speech and where you draw the line and when is a conspiracy theory just a conspiracy theory and when does it approach violent or hateful speech? Is it against their rules to be wrong on the internet? That’s sort of the next bridge to cross. But I think that’s one that’s going to be a lot more challenging for them. This is mostly a technical problem. This is mostly how do we detect and know whether bots are operating and whether these are real people, or whether there is coordination between them? That’s a pretty simple problem relatively speaking. The other one, the Info Wars problem, is much thornier and I think that’s going to take probably years for these companies to get a handle on.