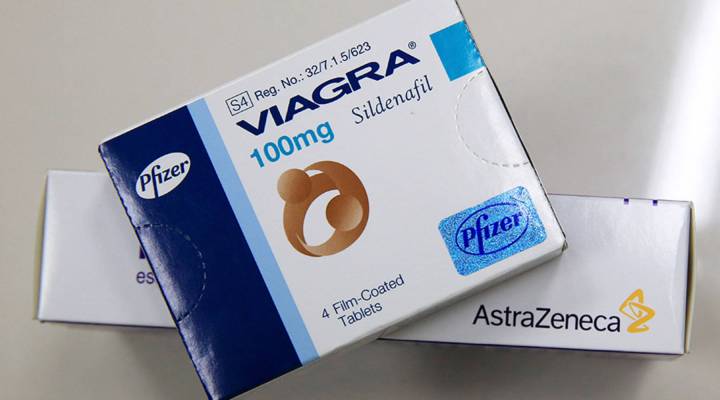 Until Viagra hit the scene in the late ’90s, treatment options for erectile dysfunction were limited.

“The thing that made Viagra so wonderful was the only thing before that was a drug called Caverject,” said former Pfizer attorney Kent Bernard. “Caverject needed to be injected into your penis about half hour before you wanted to have sex. You would not want to come within a mile of using that product,” he said.

Viagra, originally designed to treat high blood pressure, represented a medical breakthrough and became an overnight success. The drug brought in more than $25 billion, according to market research company Statista. Sixty-two million men around the world have taken the drug since it launched in 1998.

But the sun has set on those high-flying days. Last month the FDA approved five versions of sildenafil, the generic. Prices are plummeting, with a pill going anywhere from $30 to as little as 60 cents, according to analytics company Elsevier.

As more generics hit the market, Pfizer clearly hopes to run with its “little blue pill” as long as it can. That includes the time-honored strategy of launching its own generic.

Pfizer “sees generics coming and says, ‘I can do that.’ And they get into the generics business themselves,” said NYU law professor Scott Hemphill.

Believing some consumers will always prefer the branded product, Pfizer on July 1 also boosted the list price of its branded Viagra. That was one of 40 price hikes Pfizer delayed this week after President Donald Trump criticized the company.

Pfizer’s market share is eroding fast, but it has managed to keep 15 percent of it, said Tori Marsh with the consumer website GoodRx.

“It’s kind of a testament to how well Pfizer has done with having this huge marketing around Viagra, and the branding, and it’s been a huge success,” Marsh said.

Pfizer put erectile dysfunction on the map, with help from some memorable commercials like the one featuring former Republican Kansas Sen. Bob Dole. But the American Urological Association estimates as many as 30 million men are affected by ED, with some studies showing about half of men over 40 have some degree of the condition. That’s a massive commercial market for generic drug makers to mine.

GoodRx’s Marsh said weekly prescriptions are already up 27 percent over 2017 figures, and she expects the generic drug maker feeding frenzy to intensify.

“The fact that the fills for Viagra are dropping and the fills for generics are increasing, more and more companies are going to see this is a good play,” she said.

This is the U.S. generic drug market at its best, with plenty of cheap options for consumers.

“We can easily get generic versions of sildenafil mostly through wholesale pharmacies like Costco, at $4 for 20 milligrams,” said Ben Davies, University of Pittsburgh urologist. “Patients commonly go there and get their steak and Viagra together and make it a day.”

More generic versions of ED drugs are likely to hit the market soon. Eli Lilly’s drug Cialis, which has a slightly bigger market share than Viagra, is expected to lose its patent protections this fall.