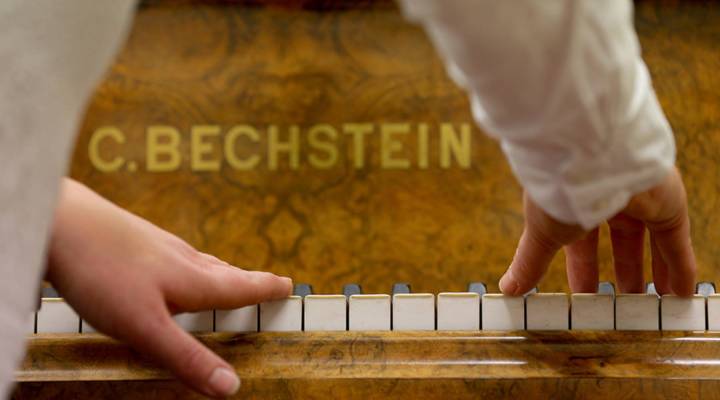 COPY
Dave Thompson/Getty Images
How to be a...

Everyone has a dream job growing up: doctor, vet, ice cream taste tester. But how do you actually get the gig? Marketplace Weekend is looking into how, with the occasional series, How to Be a …

I’m named Carter Burwell. I am a composer of music for films. Composer’s kind of a big word. I started as just being a musician, got together with some friends from college and started playing in bands — punk rock bands, things like that. Even if we were making things up, we would never have dreamt of calling ourselves composers. But after I worked on my first film, which was “Blood Simple” with the Coen brothers, your title comes up on the screen, it says composer, so as of that day, I guess I was a composer.

This has now become a career, it was never something I intended to do. The business is, of course, different. I have an agent and people book me a year or more in advance sometimes to work on their films. Technologically what’s changed is that everything takes place inside of computers. The film itself is in a computer, it’s been edited on a computer, it’s been shot digitally, and I can synchronize my musical notes to within a frame or theoretically, a fraction of a frame of the picture so I can weave the music between lines of dialogue. And it’s all very exacting, and I’m kind of a perfectionist when it comes to this, so I enjoy all of that.

For myself usually, the first part of the process is getting a script, but typically I don’t — even though I read the script for conversation based on a script — I don’t actually write notes of music generally until they’ve shot the film and I’ve seen something. In a way, what I’m really looking for to see what’s missing. When I see the film, I’m thinking “What’s not there that music could bring?” Then I’ll typically sit at the piano and that’s where, because that’s my most comfortable instrument, that’s where I’ll develop some melodies, harmonies, general thematic ideas.

You could take the same melody and play it on clarinet, play it on a cello, play it on an electric guitar or piano, and it would have different effects. It feels different. They all bring out these emotions and memories, and that’s when we hear them. And when you put it against a movie, those emotions then change the movie, and that’s an important part of my job.

It’s an interesting test of a film to see how well it works without music. I think the best films typically do, but, of course, I’m glad they’ll still want some music in their films. A lot of the filmmakers that I work with are prepared for the idea that music can bring a thing that maybe they didn’t anticipate, and that takes some trust on their part, that I’m going to come to their film, which is, as you say, naked without music, and whatever I add is going to change it.

One of the things that I’ve noticed and a lot of the directors that I work with have noticed is that you pretty much know right away. The first spark is either there or it isn’t, and you put the melody against the picture, and either it’s working or it isn’t — and we almost always know instantaneously. It is like … there’s some kind of magic there.