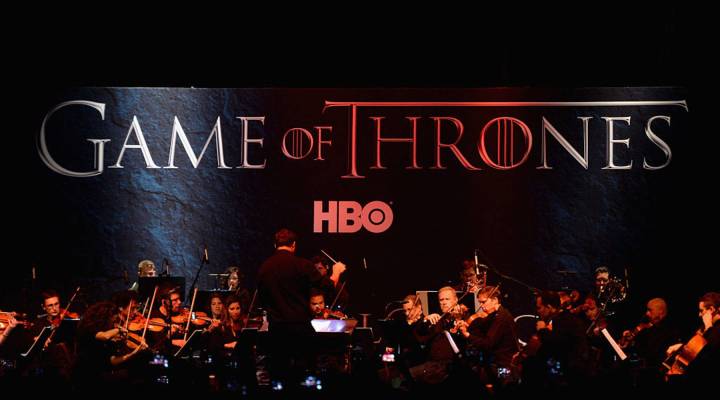 Sadly, we’ve got a ways to go yet before the next season of Game of Thrones, coming summer of next year, according to HBO.

In the meanwhile how about a chat with the composer of the score for Game of Thrones. Ramin Djawadi is his name and he’s the composer for a bunch of other TV shows and movies you’ll recognize, HBO’s new hit Westworld and Iron Man to name a couple.

Kai Ryssdal spoke with Djawadi about how one gets a job like TV music composer, how he went about writing the music for Westworld’s main title sequence and his upcoming tour with “Game of Thrones: The Live Concert Experience.”

On becoming a composer:

It’s all a blur to me at this point. I started, I guess in the traditional sense, as an assistant and worked my way up. And in the beginning, I wasn’t even composing any music, it was more about handling all the technical aspects that are in a musical studio that, but it was actually a really good thing because when I first moved to LA, I was all eager and I thought “I’m a composer, I’m ready to go.” But if they had sat me down on that chair and said “Okay, write this piece of music and it’s gotta be done tomorrow,” I think I would have absolutely failed because I just didn’t know all the technology and I didn’t know how to write to picture and how to fit something to a picture. That’s a whole, another process that I think it takes a while to learn.

On what the process was like to compose the main theme for Westworld:

With the main title, it was actually quite different because, as you mentioned, it’s animated so it actually didn’t exist when I was writing it, so we just discussed it conceptually and we knew we wanted the piano because in Westworld the piano plays a big role. So I wrote a piece that was on the piano, and then once we had something we liked we gave it to the effects house that then actually built the effects and the picture to the music, including actually, taking a video of my hands.

On building themes for specific characters:

Yeah, it’s a tricky thing. The way we did it is that we kind of just looked at it per season and said “Which characters have a big story arc this season and does this character needs its own theme or can we just stay with the family theme? And then every season, we kind of expanded from there. So, it’s kind of a math problem that’s kind of fun.