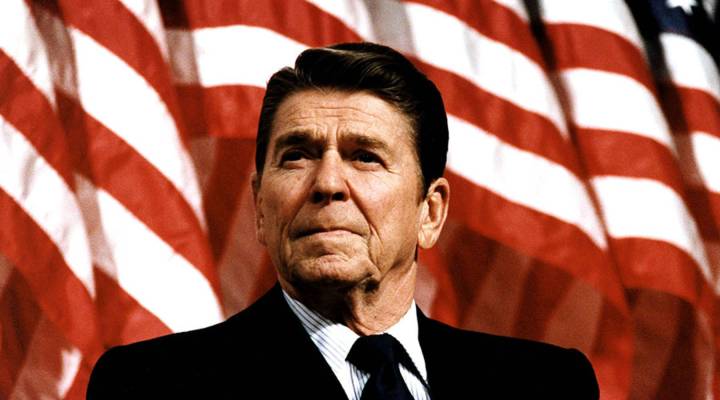 COPY
“Our peaceful trading partners are not our enemies. They are our allies,” President Ronald Reagan said in 1988. Michael Evans/The White House/Getty Images
Trade showdown

“Our peaceful trading partners are not our enemies. They are our allies,” President Ronald Reagan said in 1988. Michael Evans/The White House/Getty Images
Listen Now

I’m pretty sure that this is a mutually acceptable statement of reality: Global trade is hard. There are competing interests, international geopolitics and economic pressures from every angle. But for at least the last 30 years, the trend has been toward more, not less, free trade. That makes where we are today with trade policy in this country all the more noteworthy, and why we made a timeline looking back at 30 years of U.S. trade policy.

Just after Thanksgiving in 1988, in the president’s weekly radio address, President Ronald Reagan said, “Over the past 200 years, not only has the argument against tariffs and trade barriers won nearly universal agreement among economists, but it has also proven itself in the real world where we have seen free trading nations prosper while protectionist countries fall behind. Our peaceful trading partners are not our enemies. They are our allies.”

Reagan and Canada’s then-Prime Minister Brian Mulroney had recently signed the Canada-U.S. Free Trade Agreement. Reagan told the American people, “We should beware of the demagogues who are ready to declare a trade war against our friends, weakening our economy, our national security and the entire free world all while cynically waving the American flag. The expansion of the international economy is not a foreign invasion. It is an American triumph.”

In October 1992, negotiators from the United States, Canada and Mexico reached a preliminary deal on the North American Free Trade Agreement. At the signing, President George H.W. Bush said, “This meeting marks a turning point in the history of our three countries. Today, the United States, Mexico and Canada embark together on an extraordinary enterprise. We are creating the largest, richest and most productive market in the entire world.”

No sooner had Bush made his announcement, though, than NAFTA, and by extension, free trade, became an issue in the 1992 presidential campaign.

During a presidential debate that year, Ross Perot famously said that “There will be a giant sucking sound going south” if NAFTA goes into effect.

What’s happened to the American economy the past 30 years is complicated. Some jobs were lost. Estimates vary on exactly how many, but it’s a couple of hundred thousand net. That’s in an economy that can lose or add that many jobs in a month, as we sometimes see in the unemployment report.

At the same time, the economy is bigger today and consumer prices are lower than they would have been without free trade.

In October 2015, the United States reached an agreement with 11 other nations on a new trade deal — the Trans Pacific Partnership. In a weekly address, President Barack Obama said, “Outdated trade rules put our workers at a disadvantage. And TPP will change that.” He told the American people that “with this Trans-Pacific Partnership, we are writing the rules for the global economy.”

In his inaugural address, President Donald Trump said, “From this day forward, it’s going to be only America first.” After taking office, he withdrew the United States from the Trans-Pacific Partnership and set about renegotiating NAFTA.

Then, in his 2018 State of the Union address, Trump said, “The era of economic surrender is totally over. From now on we expect trading relationships to be fair and very importantly, reciprocal.”

The thing about tracking trade policy over 30 years though is that a lot can change — like the rest of the global economy.

I asked Monte Galbraith, who runs a textile mill in Columbus, Georgia, about NAFTA a couple of weeks ago. “That ship sailed a long time ago,” he told me.

I went to Columbus to see how global changes in the economy have affected American businesses. Galbraith mentioned Ross Perot and his comment about the “giant sucking sound.”

“Whether you agree with his delivery or not of that line, it was absolutely positively, he nailed it right on the head,” Galbraith said. “And it wasn’t just textiles, it was other manufacturing jobs that just have been sucked out of this country.”

Galbraith was talking about jobs like the ones George Boyd told me about at Goldens’ Foundry: “When you ask me today to compete against China on a piece price basis, it’s just not a fair comparison at all.”

And John Anker at Ankerpak: “One of my first customers I ever had was closing a plant and offshoring it to China, and I ran to them and I said, ‘Wait, why are you going to China? Can I do that?’”

Which is how we get to March this year and Trump announcing his plans for new tariffs on imports of steel and aluminum into the United States.

When Trump did not extend temporary exemptions for Canada, Mexico and the European Union last week, those countries retaliated with new tariffs of their own. Canadian Foreign Minister Chrystia Freeland said Canada would impose “dollar-for-dollar tariffs for every dollar levied against Canadians by the U.S.”

Those retaliatory tariffs go into effect on July 1. 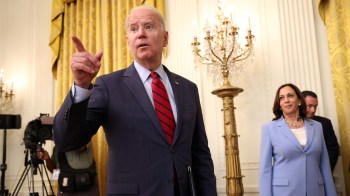