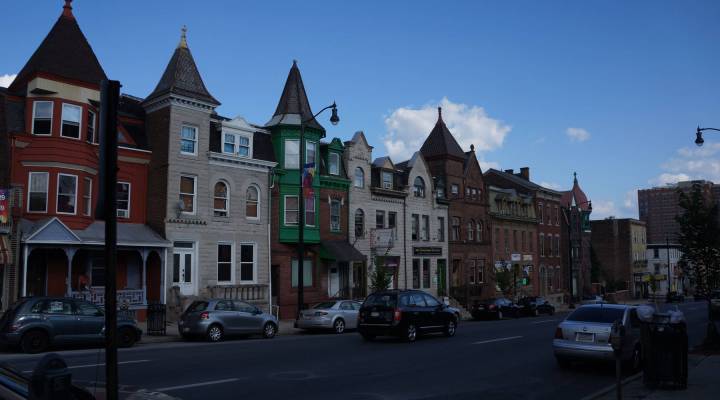 Five years ago, James Fallows, a correspondent for The Atlantic, and his wife, Deborah, wanted a better sense of how people living in America’s smaller cities and towns felt about their country and economy. And they decided to find out by flying their small plane across the country and spending some time seeing what life was like in some of the lesser-known and sometimes hard-to-get-to places in the United States.

Fallows found that what was happening locally didn’t always reflect the tension playing out in national politics.

“What people seem, to us, to be insufficiently aware of is how much the local progress that most people reported had its analogues all across the rest of the country,” he told us. “That most places we went, they felt like, ‘Well, here in Mississippi, we’re getting our new steel factory, we’re getting our ways to train people. But I assume they’re not doing that every place else.’ And our sense was that most people felt much better about the part of the world they could directly experience than the one they just heard about.”

Marketplace host Kai Ryssdal joined them on some of their travels for a series called “American Futures.” Now the Fallowses have written a book detailing what they found: “Our Towns: A 100,000-mile Journey into the Heart of America.”

Here are some of the places we visited with the Fallowses:

We learned why Sioux Falls is the economic center of the universe — sort of. Whether you realize or not, Sioux Falls reaches into your local Whole Foods, the Los Angeles Unified School District and a Hampton Inn in New England. We also talked to a sixth-generation farmer who lives 45 minutes outside of Sioux Falls. For decades, his corn has been grown for livestock feed, but now most of the corn goes to the local ethanol plant. Plus, meet Sylvia Henkin, 92, the best interview we had in Sioux Falls. She moved to town in 1944, and she and her husband helped build one of the city’s major radio stations. Check out the interview. Spoiler: There’s singing involved.

In Redlands, we toured Redlands Foothills Grove packing plant, the last orange packing house in a town once known for its oranges. Redlands was at one point the navel orange growing capital of the world. Today, just a small fraction of the old groves remain — they’ve been plowed up and built over.

We also went to Eastport, Maine, which is as far east as you can get in the United States. The town has about 1,300 residents, a far cry from the 5,000 who lived there nearly a century ago. Back then, the city was known as the sardine capital of the country, when two dozen sardine factories employed a good portion of the town. Those factories are all shuttered now.

In Allentown, then-mayor Ed Pawlowski told us about the economic ups and downs the town had gone through.

“This city was like any other Rust Belt city in the Northeast and Midwest,” he said. “Our economy was in the tank, we weren’t seeing growth and we weren’t seeing development. In fact, we would probably end up as the next Detroit, in bankruptcy.” But in a span of five years, that all changed.