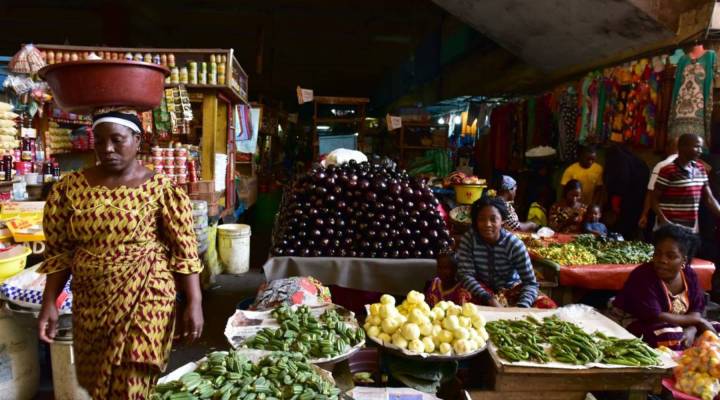 COPY
A vendor sells fruits and vegetables at the large market of Adjame, a popular district of Abidjan, Côte d'Ivoire, on Aug. 10, 2017.  ISSOUF SANOGO/AFP/Getty Images

A vendor sells fruits and vegetables at the large market of Adjame, a popular district of Abidjan, Côte d'Ivoire, on Aug. 10, 2017.  ISSOUF SANOGO/AFP/Getty Images
Listen Now

In an effort to create a single continental market for goods and services in Africa, with free movement of products, money and people, 44 out of 55 African countries have agreed to  the African Continental Free Trade Area. The AfCFTA, which came out of a summit in Rwanda in March, would create one of the world’s largest free-trade areas. This pact, if ratified, would be the largest trade agreement since the formation of the World Trade Organization in 1995.

Landry Signé is a David M. Rubenstein fellow in the Global Economy and Development Program at the Brookings Institution and was born and raised in Cameroon.

“By coming together, African countries are finally deciding to remove many of the barriers to trade,” Signé said.

By 2030, Africa is expected to have almost 1.7 billion people — according to the United Nations — and account for $6.7 trillion in trade. The trade pact would lift tariffs on 90 percent of goods. But 10 countries, including Nigeria and South Africa, have yet to sign on. Aubrey Hruby, a senior fellow in the Atlantic Council’s Africa Center, said concession by those two nations is only a matter of time.

“I do think eventually they will join,” she said. “It’s just on what terms and when.”

The African Heads of States and Governments pose during the African Union Summit for the agreement to establish the African Continental Free Trade Area in Kigali, Rwanda, on March 21, 2018.

Nigeria and South Africa make up about 50 percent of Africa’s total GDP, so their inclusion would be important. Jeffrey Bergstrand, who studies international trade flows, free trade agreements and foreign direct investment at the University of Notre Dame said the AfCFTA could be a game changer.

“We now have evidence based on history that there is a positive effect from these free trade agreements,” Bergstrand said. “And, moreover, we understand these do raise standards of living.”

The main promoters of the pact are some of Africa’s less developed countries: Rwanda, Niger and Gabon, among others. Bergstrand is not surprised.

“Developing economies tend to benefit even more from free trade agreements than the developed world,” he said.

One reason Nigeria and South Africa are reluctant to sign on could be the free movement of people within Africa, without visas. South Africa, in particular, has battled xenophobia at home for decades.

Landry Signé says the pact would help many of his friends and family doing business in Cameroon. Overall, he’s optimistic about the agreement, but knows there’s still work to do.

For the agreement to stand, at least 22 of the 55 African nations will have to ratify and begin to implement the free trade agreement within the next 18 months.