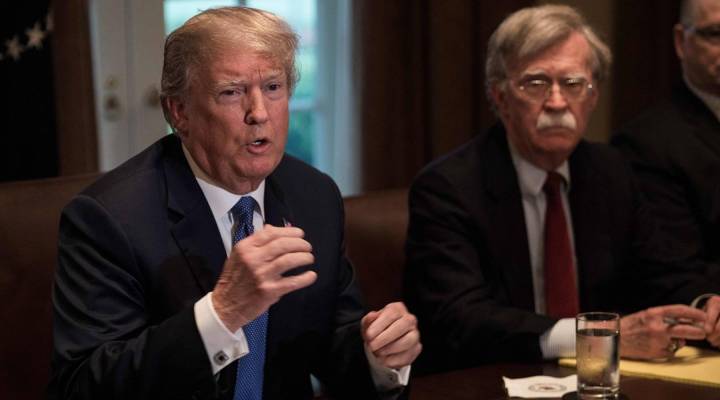 When the Trump administration decided protecting the U.S. steel and aluminum industries from foreign competition was a matter of national security, its argument for new tariffs wasn’t simply that the country needs those metals to make weapons or build critical infrastructure.

“Government is saying we need to protect certain industries as a reliable component of the American economic system in order to look after the national security,” said Daniel Rosen, founding partner of the Rhodium Group, a research consultancy. “This is a new world.”

Whether it’s new tariffs or blocking a foreign acquisition of a U.S. firm, many of the Trump administration’s recent trade and investment decisions have come from the core belief that economic security is national security. In fact, the president and his team have often repeated that phrase while defending these actions.

It’s a view the Trump administration laid out back in December, when it published its new national security strategy. Economic security was one of its four main pillars.

“[It argued] that our national security requires us to take a much more holistic view of what will make us safe and secure and defensible in the future,” Rosen said.

In a similar vein, the Trump administration recently decided that a foreign company, Broadcom, could not acquire U.S. telecommunications firm Qualcomm, arguing the United States needs to be a global leader in the wireless broadband technology Qualcomm’s developing.

Rosen said the Obama administration also considered similar questions around technology and national security. But as the boundaries of what could be considered critical and in need of protection expand, he added, “What we need now from this administration is a clear explanation of how much further those boundaries are going to expand what we can expect going forward.”

Drawing those boundaries can be a complex and politically charged undertaking.

Many trading partners see national security as a thinly veiled cover for protectionism. Plus, governments have a bad track record in figuring out which next-generation technologies or industries to protect, said Howard Schatz, a senior economist with the Rand Corp.

“It’s not convincing to say that,” he said. “I can make a national security argument for an innovative economy,” he added. “I can say we need an economy that will create all kinds of new tools and technologies which we can then incorporate into military equipment and that will give us an edge in any conflict with any adversary. But then the question is: How do you do that?”

He said it’s not convincing to argue that the health of the economy depends on a specific commodity or technology, and that trying to protect them through trade policy invites harmful retaliation from unhappy trading partners.