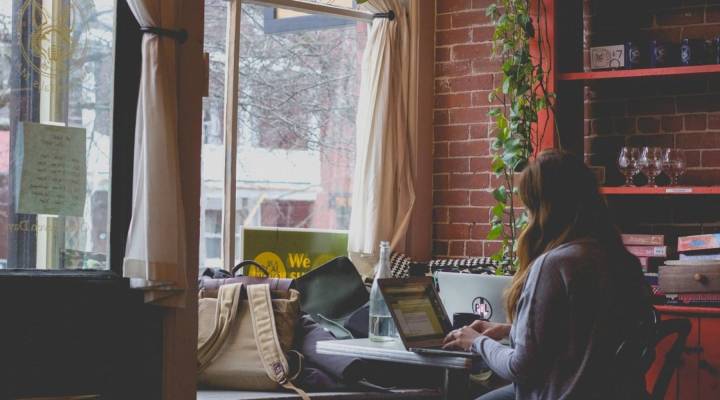 You’re familiar with the job search process: it’s stressful, it’s tedious, it’s hard to figure out what you actually want to do, and sometimes it feels like you’re just sending your resume into the abyss.

But maybe there’s a different way to approach it. Dev Aujla, CEO of the recruiting firm Catalog, shares tips in a new book called, “50 Ways to Get a Job: An Unconventional Guide to Finding Work on Your Terms.”

Aujla, who told us that he’s read every career book from the ’70s forward, said nothing has changed in those books, and that they’ve failed to adapt to how society currently thinks about jobs.

“People are making learning-based career decisions now instead of stability-based ones, which is a pretty dramatic shift,” he said. “That’s why people are asking themselves like, ‘Have I learned enough at this job? Where is the next job? What is the next company that I could work for that makes me feel good?'”

Aujla said that “50 Ways to Get a Job” is about putting the power back in the employee’s hands, and stopped by to tell us how you can find your dream career.

“Leave, because honestly, people are trusting the same algorithm that is picking their next YouTube video to pick their next job,” according to Aujla.

In his book, he points out that using this method is incredibly emotional draining — the lack of a response can start making you question your skills.

“You go on these sites and all of a sudden within three weeks, you’re pretty much at your lowest, most oppressed state ever,” he said. “It’s the worst place to be when you’re looking for the next job.”

It can pay to be curious. Start writing a list of everything you want to learn, whether it’s something small or a big philosophical question you want to dive into.

Then once you have around six things, make a list of every company, industry, or job title that could teach you those things, Aujla said.

“All of a sudden you’re going to find companies that you never would have thought you would want to work for, or that don’t show up right away that you don’t think about it,” he noted. “But they might be the perfect next job for you.”

Sometimes people hone in on getting advice from “celebrity-type mentors,” when you should consider talking to people who are maybe just one job in front of you.

They might be more approachable and they’ll be a lot more close to the decisions you have to make, Aujla said.

“You don’t even have to call them a mentor, you don’t have to make it a formal thing,” he added. “It’s just starting to have those conversations.”

4) Send a “magic bullet email” to a potential employer

Normally, we tell the story of our careers chronologically, but if you flip the script and emphasize “mission fit,” and skills, you’ll get that meeting, he said.

Take journalism, for example. Reporters and writers try to tell stories and the truth, Aujla said. So in this scenario you would think of ways you’ve been telling stories and ways you’ve gone out and tried to understand how the future of journalism works.

But with all this talk about company mission and ideals, you obviously can’t ignore one of the most important factors in the job hunt: money.

So to help get you over the anxiety of figuring out your finances, Aujla said you should schedule a lunch or a meeting with a friend that you’ll really look forward to.

“And then 10 minutes before you have to go, you go to the computer … put your jacket on already, and just download it and get all the information. Just enough so that you know you have to go and you have to rush through it,” he said. “Leave it midstream. Midstream, you haven’t figured out what it means yet. Get out the door. Go for lunch. Now you know that information.”

This will give you the momentum to figure out exactly how long you have until you need to get a job, according to Aujla.