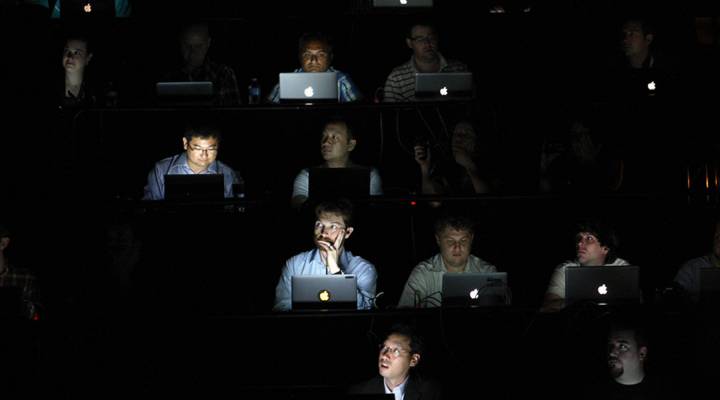 Tech companies know a lot about us — a lot more than we realize. The recent scandal involving Facebook and Cambridge Analytica shined a spotlight on this issue and the lack of control we have over how companies track us online. But it’s not just what social networks know about us that can be problematic. People-finder sites, like Spokeo, amass and sometimes sell our info. Marketplace Tech host Jon Gordon spoke with Gennie Gebhart of the Electronic Frontier Foundation to find out how much of yourself you can realistically scrub from the internet. The following is an edited transcript of their conversation.

Gennie Gebhart: Often the genie is a little bit out of the bottle, but the amount of personal information that you can claw back is going to change over time, because even if you succeed in removing your information from a given people-finder site, it can repropagate. Different public records can be rescraped, so even if hypothetically you were able to scrub yourself from every single people-finder site, that would most likely be a temporary victory, and by no fault of any user’s own. This is the kind of surveillance-based and advertising-based business model that we’ve made of the Web, and people-finder sites and data brokers are a part of that.

Jon Gordon: What I’m wondering is, is a solution to more privacy trying to put a cap on it now and let time take care of the rest?

Gebhart: There is always value in doing something rather than nothing. I think it’s definitely true that even as we look at Cambridge Analytica and Facebook, or really any platform online that is run by advertising, if we look at them from a more historical perspective, their targeting gets better and better over time, not only because the technology behind that targeting is advancing, but because a mountain of personal information is growing and growing the longer we not only actively share information about ourselves online, but the longer we simply exist on the internet.

Gordon: What about other places that hold lots of data on me? Facebook, for example, Google. How much can I get back from those big tech companies?

Gebhart: I think right now, especially in the wake of learning more about Cambridge Analytica and other aspects of that that have come out, it is hard to say what goes on behind the curtains. In addition to the information that you are actively sharing, say you are actively posting a picture or sharing a status update, you also spend most of your time online broadcasting information that you don’t even realize you’re sharing and perhaps with parties like data brokers or people-finder sites that you don’t even realize are watching or looking for that information. What can be inferred from your likes, from your purchases, even from the act of hovering over a link or lingering on a screen, all that behavioral data, that is much, much harder to even realize that it’s out there and then to take actions to get it back.

Gordon: There are services out there that promise to help in people’s quest to reclaim their data and become a more private person. Is it advisable to use those kind of services? Do they work?

Gebhart: They work depending on what kind of time horizon you’re working with. So a service that, for example, promises to scrub you from people-finder sites may indeed be able to achieve that goal. But it might be only a matter of time until the information resurfaces on you on those sites. So I think there’s a reason that a lot of services that promise to help you are subscription models. You have to pay for the service not only once but continually to really be confident that you are achieving that privacy goal of scrubbing your information. It’s so important to remember that for most people, they will not have the money to sign up for that kind of subscription for a long amount of time, and if they don’t want to pay the cash and let the services do it, they also won’t have the time to go through this Sisyphean task.