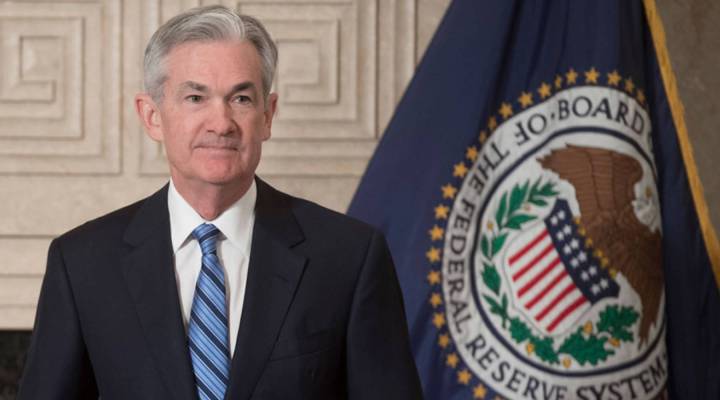 The Federal Reserve is raising its benchmark interest rate to reflect a solid U.S. economy and signaling that it’s sticking with a gradual approach to rate hikes for 2018 under its new chairman, Jerome Powell.

The Fed said it expects to increase rates twice more this year. At the same time, it increased its estimate for rate hikes in 2019 from two to three, reflecting an expectation of faster growth and lower unemployment.

The central bank boosted its key short-term rate Wednesday by a modest quarter-point to a still-low range of 1.5 percent to 1.75 percent and said it will keep shrinking its bond portfolio. Both steps show confidence that the economy remains sturdy nearly nine years after the Great Recession ended. The actions mean consumers and businesses will face higher loan rates over time.

The Fed’s rate hike marks its sixth since it began tightening credit in December 2015. The action was approved 8-0, avoiding any dissents at the first meeting that Powell has presided over as chairman since succeeding Janet Yellen last month.

Some investors had speculated that Powell might move to impose his mark on the central bank by indicating a faster pace of rate hikes for 2018. But the new economic forecast, which includes a median projection for the path of future rate hikes, made no change to the December projection for three hikes this year.

If the Fed does stick with its new forecast for three rate increases this year and three in 2019, its key policy rate would stand at 3.4 percent after five years of credit tightening. Wednesday’s forecast put the Fed long-term rate — the point at which its policies are neither boosting the economy nor holding it back — at 2.9 percent.

Speaking to Congress last month, Powell said his “personal outlook” on the economy had strengthened since December, when the Fed’s policymakers collectively forecast three rate hikes for 2018, the same as in 2017. That comment helped send stocks tumbling because it suggested that the Fed might be about to accelerate the gradual pace it had pursued under his predecessor, Janet Yellen. More aggressive rate increases would likely slow the economy and make stocks less appealing.

Yet when he testified to Congress again two days later, Powell tempered his view: He stressed that the Fed still thinks it has room to maintain a moderate pace of rate hikes, in part to allow Americans’ average wages, which have stagnated for years, to pick up. The impression was that he might not favor raising rates faster than Yellen did after all — at least not yet.

A healthy job market and a steady if unspectacular economy have given the Fed the confidence to think the economy can withstand further increases within a still historically low range of borrowing rates.

The financial markets have been edgy for weeks, and Powell’s back-and-forth comments have been only one factor. A sharp rise in wage growth reported in the government’s January jobs report triggered fears that higher labor costs would lead to higher inflation and, ultimately, to higher interest rates. Stocks sank on the news. But subsequent reports on wages and inflation have been milder, and the markets appear to have stabilized.

The February jobs report pointed to an unusually robust labor market: Employers added 313,000 jobs, the largest monthly gain in 1½ years. The unemployment rate remained at a 17-year low of 4.1 percent.

Other measures of the economy, though, have been more sluggish. Consumer spending, the economy’s primary fuel, has slowed this year and has led many economists to downgrade their forecasts for growth in the January-March quarter. Some now envision an annual growth rate of just 1.7 percent for the quarter.

Forecasts for all of 2018, though, still predict an acceleration later this year, driven in part by the stimulative effect of the sweeping tax cuts President Donald Trump pushed through Congress in December and a budget agreement last month to raise government spending by $300 billion over two years.

If economic growth does pick up and the job market remains healthy, the Powell Fed is viewed as likely to accelerate its rate hikes, from the three it projected in December to four this year. Even after six rate increases over the past 27 months, the Fed’s benchmark rate remains in a still-low range of 1.5 percent to 1.75 percent, up from a record low near zero as recently as December 2015. The Fed’s slighter higher key rate has, however, contributed to higher consumer loan rates, including for home mortgages.

Some economists say they think Powell will try to demonstrate at the start of his tenure that he is serious about keeping inflation under control, a central responsibility for any Fed leader.