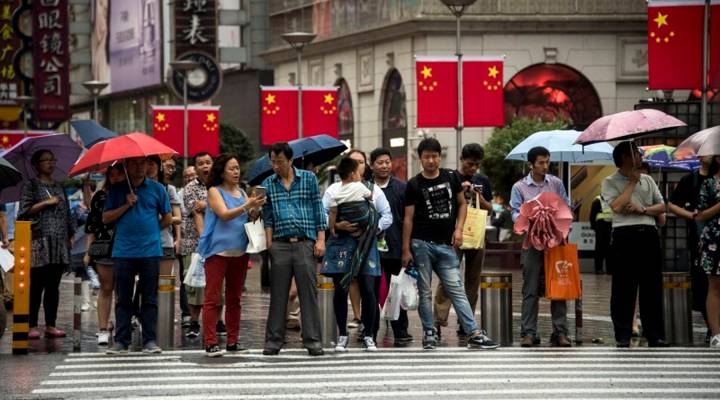 By 2020, China wants to have a system to assess a person’s creditworthiness, however, credit is still relatively new in China. Most Chinese do not have a credit card, a mortgage or other bank loans. Thus, officials are collecting not only financial credit information but also legal infractions, as well as anti-social behaviors such as jaywalking or not sorting garbage in the appropriate bins.

Credit expert Hu Naihong said it’s best to think of the system as a digital archive that aggregates information government agencies have already collected from individuals and entities and keeps it on file for relevant parties to assess for themselves.

1. How does it differ from the FICO scoring system?

A low FICO score could mean a person will have a harder time getting a mortgage or renting an apartment. China’s social credit system aims to go further by rewarding honesty and integrity. It would also punish the lack of trustworthiness in various aspects of life for individuals and enterprises. It’s still not clear who will calculate credit scores and how social behaviors will be factored in. For now, the system is more like a digital archive of past misdeeds.

2. What types of information are included in China’s social credit system so far?

3. What sorts of punishments could there be for negative credit?

Authorities can impose a wide range of penalties because they can block a person’s ID card number, which is required for many things in China, like boarding a flight and registering a social media account. Chinese officials may choose to publicize negative credit and shame a person in the form of blacklists. The most well-known is the Chinese Supreme Court’s list of “discredited” people and entities.

Those who are on this list are limited in making big purchases and are banned from:

For serious offenders, some cities force people to repay debts by switching the person’s ringtone, which could begin with the wail of a police siren or the soothing sounds of elevator music, followed by the same stern message:

“The person you are calling has been listed as a discredited person by the local court. Please urge this person to fulfill his or her legal obligations.”

A person may be removed from the blacklist after he or she pays the debt.

People on the National Tourism Administration’s list for “uncivilized behavior” could have their names publicized on the blacklist for up to four years and be fined. Tour operators could have their licenses revoked. A person could also be put on a watch list. Tourism officials can make the offender’s case available to the police, banks, travel companies and airlines, who could in turn bar the person from flying or visiting scenic spots.

4. Why is such a system needed?

There is a low level of trust in China’s marketplace. The social credit system idea first emerged in the 1990s, when there were many counterfeit products and financial fraud.

Credit expert Hu said China transformed from a big farming society, where people did business with their families and friends, to an industrial society based on credit.

“This transition has been sudden,” Hu said.

China does not have enough checks and verifications to back up its credit system.

While some critics call the social credit system Orwellian, others say this new system merely aggregates what information China’s government already collects on individuals and enterprises. The internet has made it possible to centralize the data and make it a more potent tool for social control.

So far, many of the systems being piloted have not linked up yet so information on one system isn’t automatically updated on the rest, and the present situation is still a long way off from what the central government envisions — a sweeping centralized system that archives a citizen’s every good and bad deed.

Not a lot of Chinese people are aware of the social credit system yet, and so you still see a lot of jaywalkers and unsorted garbage in Shanghai.

5. How easy is it to dispute information on China’s social credit files?

People on the top court’s blacklist are banned from flying and taking high-speed trains, which severely limits people’s options to dispute their case while trying to conduct their daily business. And some cases go undisputed because people are unaware they were put on the blacklist.

Marketplace’s queries to determine if courts are obliged to inform people prior to adding them to a blacklist have gone unanswered.