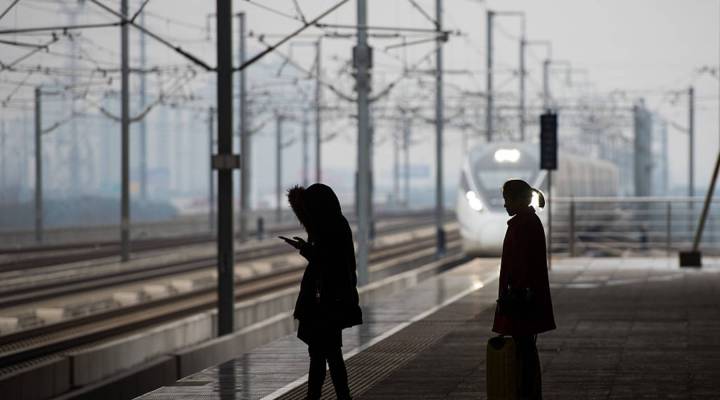 In the summer of 2016, Xie Wen applied for a loan at the bank and was rejected. Later, he tried to purchase a plane ticket online but was blocked by the system.

“That is when I knew I was blacklisted,” Xie said.

He had been added to the Chinese Supreme Court’s list of “discredited” persons or entities, which usually targets people who refuse to repay debts. In Xie’s case, his advertising company was sued by another firm over a contract dispute and lost. The judge ordered Xie to pay $127,000, which he didn’t. Seven months later, without notice, Xie’s name was added to the blacklist – one that companies are encouraged to check before entering deals.

“It hurt my business,” Xie said. “My clients didn’t trust me. I didn’t get much work.”

Since the blacklist was created in October 2013, 9.59 million people have been to the list.

Like others on the blacklist, Xie was banned from boarding a plane or high-speed train. Xie was restricted from big purchases such as buying property, vacation packages, or private school tuition for his child. Officials could impose a wide range of penalties by blocking Xie’s personal ID card number, which is required in China for everything from boarding a flight to getting a social media account.

Anyone who had Xie’s name and ID number could check the blacklist through the Supreme Court’s website.

The blacklist is part of China’s efforts to build a “social credit” system and offers a glimpse into the kinds of penalties people deemed untrustworthy might get once it is set up by 2020. Critics have likened the plan to an Orwellian creation or an episode of the TV series “Black Mirror.”

Credit expert Hu Naihong, who is advising the government on this project, disagrees.

China does not have a similar FICO scoring system in the U.S. because most Chinese do not have a credit card, a mortgage or other loans. So, on top of financial credit information, Chinese authorities are also looking at any other behaviors that might speak to someone’s creditworthiness.

For example, there is a public database on the CreditChina website for enterprises that catalogues things such as administrative penalties or violating procedures when bidding for a government project. It also includes a “red list” noting good behavior, such as filing taxes correctly and on time.

This is all information that government agencies already collect but it was not always shared with all levels of government. This massive amount of data will now be centralized for individuals and enterprises, said credit expert Hu Naihong.

At the same time, dozens of cities are also testing their own social credit systems.

The Shanghai government will record on social credit files behaviors such as jaywalking or not sorting out garbage into the appropriate trash cans.

It may seem odd to Americans, but Hu said it’s necessary to include morality and ethics when it comes to assessing creditworthiness.

“You can’t say people damaged their credit only after they default on their debts. There may have been many clues in their daily lives that show they don’t like to follow rules,” she said.

It is not clear who will calculate it and how social behaviors will be factored in. Hu said there will be a mechanism for people to dispute information on their social credit files.

In Xie’s case, he didn’t have time.

“No one notified me that I was on the blacklist. Then court officials detained me, so I had to pay the fine,” he said. Xie is now off the blacklist.

Lawyer Li Xiaolin was also not given advanced notice that he was blacklisted.

In 2014, Li was sued for defamation and lost. A judge ordered Li to make an apology, which he submitted in writing in April 2015. Ten months later, when he was away on a work trip, he was blocked from buying a return flight home to Beijing. That’s when he found out he was blacklisted.

It took him another three weeks before an official told him why.

“The court said my apology was not sincere. I asked officials how they determined what is sincere.” Li said.

Eventually Li wrote a second apology and the court removed him from the blacklist in 2016. Then last year, he tried to get a credit card.

“The bank denied my application. I figured out that the bank might still have my name blacklisted and I was right,” Li said.

The bank updated its records the next day, but by that point, he had spent almost a year to fully clear his name.

A screen show showing that Liu’s ticket order has filed. This person has been banned from getting first-class seats on high-speed trains.

Journalist Liu Hu was sued in 2015 for reposting a message on social media. The court determined that the material was defamatory and ordered Liu to pay $1,400 compensation plus other fees.Still, Li is considered one of the luckier ones.

“I wired the money to the wrong account, so the court didn’t get the money. No one there told me. Then the court put me on the blacklist,” Liu said.

He corrected the mistake but then the judge said the amount needed to be increased by at least a thousand dollars.

While authorities have every right to enforce legitimate court orders, Maya Wang, a senior China researcher for Human Rights Watch, said the penalties in both Li and Liu’s cases were exacted in a manner that was “wildly arbitrary” and “unaccountable.” Already, in a simple blacklist system people are having difficulties seeking redress.

“The social credit system gives a very powerful weapon to officials, in a country with very unbalanced relations between citizens and the government,” she said.

For now, Liu is still on the blacklist, which the Chinese state media refers to as the list of “laolai” or deadbeats.

He is still trying to get off it.

“Basically, it is very hard to find information on how to resolve my case. I’ve only gotten this far because I have some contacts,” Liu said. 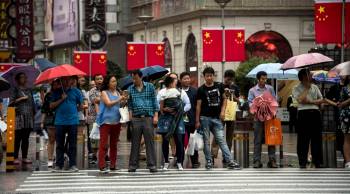