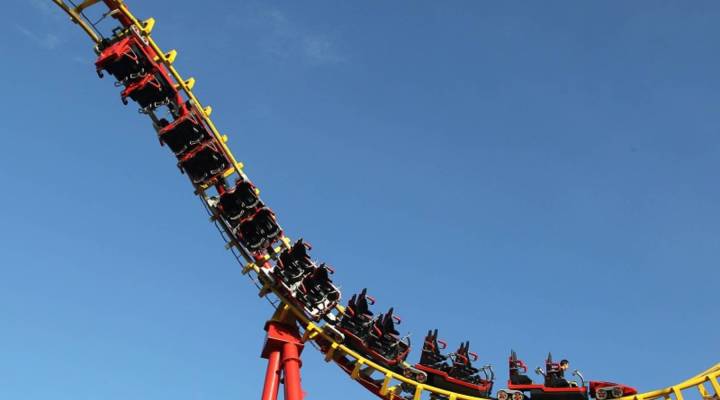 There were probably a lot of people asking what is happening in the markets this week, and when the stock market drops as dramatically as it did, there’s bound to be concerns. So we pulled together a few of your questions and went to the experts: Jill Schlesinger, a CBS business analyst and personal finance expert; Michael Batnick, the director of research at Ritholtz Wealth Management; and Julia Coronado, a former Federal Reserve economist and founder of MacroPolicy Perspectives. Here’s what they had to say.

Why is the stock market not the economy?

We’re humans, we like to tell stories. Some of those stories this week have been, “Oh, there was a State of the Union address” and “There’s a new Fed chair.” Are any of these things responsible for the roller-coaster ride of the past few days?

Michael Batnick: Blame the robots. I’m just kidding you. No, I think that human beings are perfectly capable of throwing the market into a tizzy. And I think that 2017 was the outlier year, not 2008. So we saw a lack of volatility, an unprecedented lack of volatility in 2017 — 202 straight days, near 3 percent of the all-time highs. It was a steady grind higher, and I think we got accustomed to that. And people head out the exits a lot quicker than they head into the stock market.

What’s the VIX, aka the Fear Index?

Jill Schlesinger: It’s a silly index that dopey people like me used to care about because I was an options trader for my formative years on Wall Street. It is essentially a bet on future fluctuations in the S&P 500 index. That’s it. And it becomes completely overused as this thing called the Fear Index. And really, it just tells you, “Are things moving around a whole lot? And do people expect those things to keep moving around a lot?”

We got a question from one of our listeners on this point. Joe Jamsky asked this question on Facebook. “What counts as volatile? It’s only been a week of decline. It hasn’t been that erratic. How long do you wait before you start freaking out?”

Coronado: First of all, you shouldn’t necessarily freak out because things are volatile. One way to think about it is it’s a measure of risk, and there is risk in investing. And you should sort of know that and expect that there is going to be some fluctuations around asset valuations, so it isn’t necessarily a reason to panic. And it was abnormally low across markets last year, and volatility is coming back, and that’s sort of a sign of normal healthy expressions of risk in markets. So it’s not necessarily something to make you run for the exits.

If you don’t freak out a little bit, you’re what, not holding enough stock?

Batnick: Yeah, I mean, I think it’s very normal and healthy to be afraid when everybody else is. What’s not healthy is to react to that fear. So the important thing for the average person listening at home, and unless you’re Warren Buffett tuning into this, I’m talking to you — risk is not volatility. So stocks are going to fluctuate. What real risk is is running out of money. So we have to really remind ourselves of why are we investing in the first place. OK, you’re 40 years old, you’re making some money, your accounts are fluctuating, as it should. Would you rather go to cash or bonds and you see less fluctuation, but then you have big, big, big problems 30 years from now?

Is the sort of do-nothing mantra the best one?

Schlesinger: If you’re a long-term investor and long-term — I don’t need my money. I don’t need to access this money for five years, 10years. Even if you were thinking about retiring in a month, chances are you are not cashing in your entire retirement account in one month and needing that money. You need some portion of it. So I think that most people get that — you’re a long-term investor, you want to stick to your game plan, you don’t want to start second guessing yourself, because that’s where you are going to start to get into trouble. That said, let’s just say you’re the type of person who discounted the fact that people like me said, “Hey, you know, you should keep money, that safe money, out of the market,” and you kept a bunch of money in the market and now, you know, you need some money within the next year. You need, let’s say, to close a house, you’re going to show up to a closing with a check. You have to actually go buy a new car. Maybe you have to write a tuition check. That money never should have been at risk in the first place. And my feeling is the moment you realize you’ve made a big mistake, than you need to free up that money, regardless of what’s going on in the market, and you’re probably going to get singed on this — the day you sell it off and free up that money, the market will turn around, go up — but you still would have done the most prudent thing.

Should we buy this idea that we are moving into an era of slightly higher inflation? After all, there’s been basically no inflation for the past 10 years. Is there a new normal out there?

Batnick: I don’t think that the person listening to this broadcast should be worrying about what inflation might or might not mean for their future. What they should be worrying about are the simple things: What is my allocation to stocks and the bonds? Am I a long-term investor? Yes, I am, but I have to put myself in a position to survive the short term? And if that was the takeaway from Monday and Tuesday, well then good. It was a hopefully not too expensive of a lesson. But if you had 80 percent of your portfolio in stocks and 20 percent in bonds, and you were really, really frightened about what Wednesday might bring, well then maybe 80 percent is a little bit too much. Conversely, if you weren’t worried at all about what the market was doing, you probably could take a little bit more risk.

We’ve said this week that the fundamentals of the economy are still strong. We’ve got 4.1 percent unemployment and we’ve seen wages tick up, but as one of our listeners asked:

For whom, though, are the fundamentals strong?

Remember, the market is not the economy. https://t.co/cQmATb6Ovl

Coronado: Well, that’s entirely fair. The fundamentals are strong sort of at the aggregate level. And I think that they are improving as the labor market gets stronger. We have seen wage gains broaden out, but that’s certainly true. As I mentioned earlier with the stock market, those gains are extremely narrowly realized and don’t spill over to the vast majority of the population. So I think it’s very important for policymakers, for example, to keep their eye on that broader picture and not, for example, if you’re the Federal Reserve, you shouldn’t necessarily raise interest rates a lot faster because the stock market’s a lot higher if it’s not spilling over into a strong labor market, rising wages and a broad-based pickup in inflation, and I think that’s how they have behaved. But that’s an ongoing problem that we are having, that other developed countries in Europe and Asia are having — there has been a polarization in wage growth and economic well-being. And that’s a structural issue that we are facing.

If you have one piece of advice for people who are listening right now, what would it be?

Schlesinger: OK, so here’s the thing. Take a deep breath. You are allowed to fear what’s going on because it’s been jarring relative to the relative tranquility of the past two years. So it’s jarring. But it is a wonderful reminder that this thing called investing is not a game. It’s not a sport. It’s not a navigation. It is a means to an end. And it is dangerous. And you know, just like it can be really, really fun to swim in the ocean and body surf, every so often we get cocky and we forget that actually this thing called the ocean is a lot bigger than us and we can get crushed by a wave or by undertow. And so I think that this is a wonderful reminder that markets are dangerous and that investing is a dangerous thing and it should not be taken lightly. And those who have plans tend to do better over time. And so here’s maybe not one thing to remember but a few things: No. 1, respect the fact that you’re doing something that’s dangerous. No. 2, make sure that you’ve got an overall game plan and using investing as a part of that game plan. And No. 3, once you have that plan, don’t second guess yourself, because over time it is really difficult to figure out where the top and the bottom of a market is.