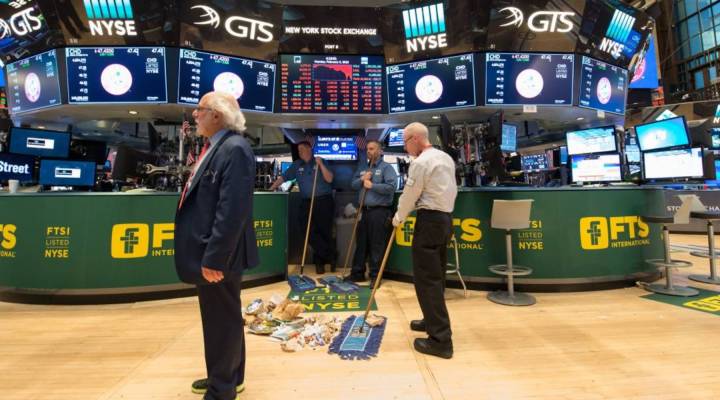 The Dow Jones industrial average was off nearly 1,200 points on Monday, which is a record. But you’ve got to keep this in perspective by looking at the percentage of drop. It was a 4.6 percent drop, which is still big, but it’s not even in the Top 20 of all time.

A chart of the Dow Jones industrial average activity in the last year.

The confusing part is this sell-off that started last week doesn’t seem to be driven by any fundamentals here. Economic growth is strong, unemployment is low — there were no major global disasters that could trigger such a thing.

Bob Phillips at Spectrum Management Group said the sell-off might have been driven by people just taking profits from some of last year’s gains. A mild and normal correction, in other words.

But lower prices tend to feed on lower prices and create a cycle. Plus, Phillips said, “If you look at the action, someplace around 3 in the afternoon or so, the market shot way down. And when you see that kind of movement that fast — I don’t know what else it could be besides program trading.”

He means trading by algorithm, where bots are programmed to sell at certain trigger points. There are stop mechanisms for these as well, which Phillips said is the likeliest explanation for that huge drop and then immediate huge rebound around 3 p.m. Eastern Standard Time.

For more context around the drop and the markets, tune into Marketplace Morning Report. Check local listings.