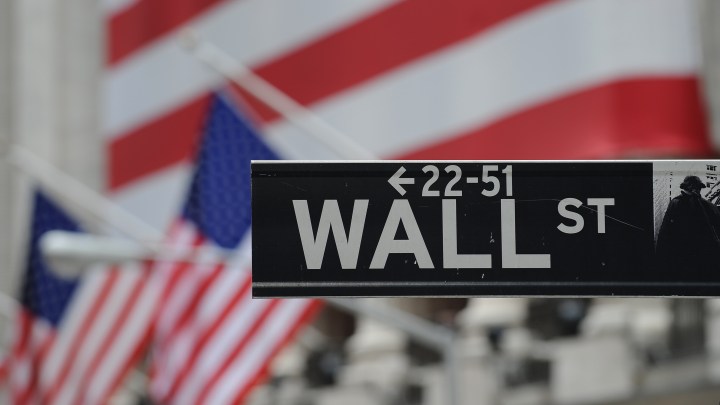 COPY
Wall Street is the iconic location of the American stock market, and the Dow Jones Industrial Average is the market's iconic index of household-name companies. Stan Honda/AFP via Getty Images

Wall Street is the iconic location of the American stock market, and the Dow Jones Industrial Average is the market's iconic index of household-name companies. Stan Honda/AFP via Getty Images
Listen Now

The Dow Jones Industrial Average turned 125 on Wednesday. It is one of the world’s oldest stock market indexes, and it is unlike many others.

In 1896, railroads ruled the U.S. economy. Industry was ascendant, and farmers upset by mortgage rates and rail freight costs were powering a wave of populist unrest across the country. Charles Dow sensed the upheaval in the economy sparked by the move toward industrialization.

“The idea behind the Dow is what is happening in the market, how can we quantify it and see it, and therefore, how can we predict what to do?” said Howard Silverblatt, senior analyst with S&P Dow Jones Indices.

The Dow is the second-longest-running index in the world, behind the Dow Jones U.S. Railroads Index, which was created 12 years earlier. It got its name from Charles Dow and Edward Jones, founders of The Wall Street Journal. These days it’s calculated based on the stock prices of just 30 companies. Those companies are decided by a secret committee.

“They select the companies from the S&P 500 and review whether or not it’s representative of the U.S. economy and accurately reflects what’s happening,” Silverblatt said.

Because of its small sampling of major companies and its emphasis on stock price as opposed to market capitalization, the Dow is not like the S&P 500 or the Russell 2000, which are broader indexes of large and small companies, respectively.

“That can tend to let the Dow be more volatile. It can also be skewed more by one stock,” said Tom Essaye, president of Sevens Report Research.

But, Essaye said, it gives you a glimpse of the economy that other indexes don’t. And the fact that companies cycle in and out means it’s an evolving snapshot. Joe Brusuelas, chief economist with RSM, said the index is also just plain popular.

“The Dow Jones Industrial Average has a special place in the imagination and reality of the American public,” he said.

That’s one reason we talk about it every day.