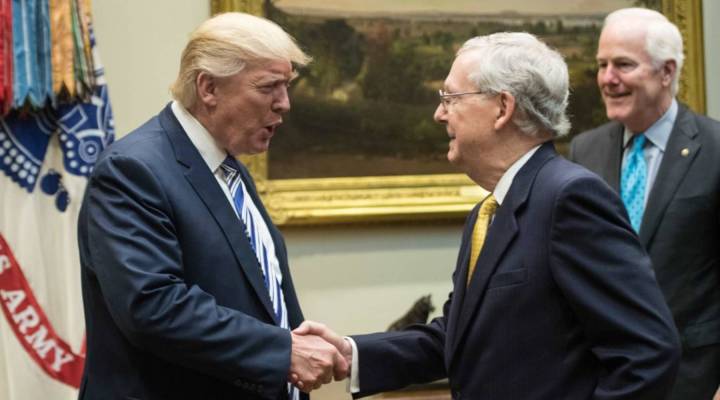 As we approach the Trump administration’s one-year anniversary, we’re looking at the economic agenda ahead. With the Republicans in power, and the passage of their major $1.5 trillion tax overhaul, what’s next? Michael Boskin, economics professor and senior fellow at Stanford’s Hoover Institution, joined Marketplace Morning Report host David Brancaccio to share his perspective. Boskin also served as chairman of President George H.W. Bush’s Council of Economic Advisers from 1989 to 1993.

Boskin’s economic policy list starts with the reality that America is becoming a land of more retirees and fewer working age people. Below is an edited transcript of their conversation.

Michael Boskin: The important thing is to increase the economy’s potential to produce. Productivity has been lagging very badly. And, of course, the demographic effects on labor force growth are important. And that’s one reason the economy is unlikely to grow as rapidly over the next 20 years as it has since World War II, unless we have a very different immigration policy.

Brancaccio: A very different immigration policy — in which way should it shift in your view?

Boskin: In two ways. Our labor force is growing slowly. It’s not a big issue now, but as more and more baby boomers retire, we’re going to need more workers of many different skill levels, particularly highly skilled. That starts with the Stanford and Harvard and MIT Ph.D.s from foreign countries, who we ought to have stay here and be productive here rather than go back to their home countries, but it’s not just that highest skill level. There are many many millions of unfilled jobs in the United States, and we need to do a better job of training our own workers for those, from lathe operators and tool and die operators, but eventually we’re going to have too few workers for our economy if the demography pans out as people are projecting. So I’m not in favor of eliminating the family reunification stuff, but I think a better balance, to have more merit based. I think there’s broad support in the country and in the Congress, despite the current back and forth between the extremes of both parties.

Brancaccio: I mean, so you don’t think that Washington is pulling in a completely opposite direction even as we’re talking on immigration?

Brancaccio: As we get into 2018, the tax overhaul, for better or for worse, has been enacted into law. What will be priorities for you from the conservative side for economic policy?

Boskin: Well, I think that whatever one’s viewpoint, I start from what’s good for the economy. You can call that conservative if you want. I have thought deeply about these issues and research them. So I think I’ve come to conclusions about what works best, and it’s a more modest hand of government in the economy than we had in the previous administration. And I would support some and reject others of what the current administration is trying to do. But I think the main priorities need to be to continue with the regulatory reform agenda and to implement the tax law appropriately. Even though the bill has been passed, there are a lot of rules and regulations to be written which have a very big effect on how it actually affects the economy.

The next thing I would try to think about is to have a more balanced trade and immigration policy. I think that President Trump and also Bernie Sanders, when he was running for president, gave voice to people who feel they’ve been left behind by the globalization of the economy or have been adversely affected. While the economic research suggests most of that is due to technology, there certainly was a trade component. I think the fair point is we haven’t done a good enough job of providing assistance and transition assistance to people especially when it’s concentrated in a few areas or a few industries. Protectionism isn’t the answer, but better transition rules and trade adjustment assistance have not done a good enough job, and that’s the legitimate point. Closing our borders I think is a very bad idea, and it’s hard to tell whether Mr. Trump is adopting an aggressive bargaining stance, but withdrawing from NAFTA I think would be bad for the economy, bad for on balance for our farmers and our manufacturers. Although some have been negatively impacted, some have been very positively impacted as well. And so I’d like to see an attempt to try to rework trade treaties. Let’s call it modernizing them, and adopting to or adapting to modern realities about what’s actually going on on the ground. I think the basic idea is we should be rounding off the rough edges and making improvements, not withdraw from global trade.

Brancaccio: Now on a different subject there have been some noises from the conservative side about reforming what people like to call entitlements — Medicare, Medicaid, Social Security. Speaker Paul Ryan mentioned it, there was some reporting that the White House said please wait until the second Trump term for that because it’s politically, what do we say, nettlesome. What do you think?

Boskin: It actually has to be done, and the tactics on what is the best timing for it most likely to succeed, it’s an interesting question. There are people who believe that you can’t get anything really constructive done until you are on the precipice of a crisis. Checks would have to be reduced or a large tax increase would occur. My list of reforms would include raising benefits at the very bottom, while slowing the growth for the middle class, upper middle class, and higher-income people. So the longer we wait, the closer the precipice will be, the greater the pressure to reform, but the more disruptive a reform will be.

Brancaccio: You think anytime soon we can do anything about this budget precipice we’re constantly on, you know, coming up against debt limits and the government running out of money?

Boskin: That’s a good point. This isn’t how you would set it up de novo, right? We ought to have a budget where there is adequate time, we consider everything, we weigh the benefits and costs, make the adjustments, make whatever compromises we need to politically, and move in an orderly fashion. It’s become very disruptive to live by continuing resolution. It’s particularly injurious to the military, which has been scrimped since the sequester and is very strained from the long deployments and a reduction in training and etc. that has gone on in the military budget, as evidenced by Navy ships colliding and things of this sort. So we badly need to get a better regular order, regular budget process. That’s been a very, very difficult thing to do as the extremes of both parties in particular — there are many reasons for this — but the extremes of both parties have made it very, very difficult. The Freedom Caucus in the Republican Party legitimately is concerned about spending and large deficits and debt, but tends to be more of a purist on this than a realist and working to make improvements rather than getting the Holy Grail. And the left in the Democratic Party is very much the same. They don’t want to abide by a reduction in spending of anything and want everything to be on the tax-hikes side. So I think that we’re going to need to do this, and I think that they’re going to wind up doing a series of short-term things — one more round and then there’s going to have to be some way to deal with the pressures.

And in fact, I think our military budget situation is getting close to a crisis. The first responsibility of government is to defend the nation. We’ve got Kim Jong Un in North Korea. The Iranians will before long have, if they don’t now, nuclear weapons. And that we are not building up massive interdiction capabilities and deploying them, which would be very expensive, I think it’s just irresponsible. We have to invest in those things before almost anything else. We can’t let these other concerns deter us from doing what’s necessary. I know other people would feel there are other priorities equally important, and we certainly should address those as well, but the current situation has gotten to the point where it’s becoming dangerous to the nation. 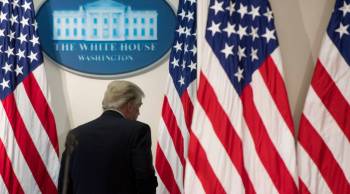 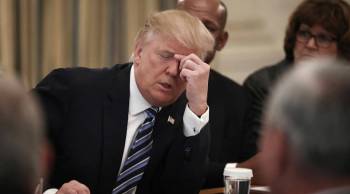 The week that could’ve been an economic homerun for Republicans