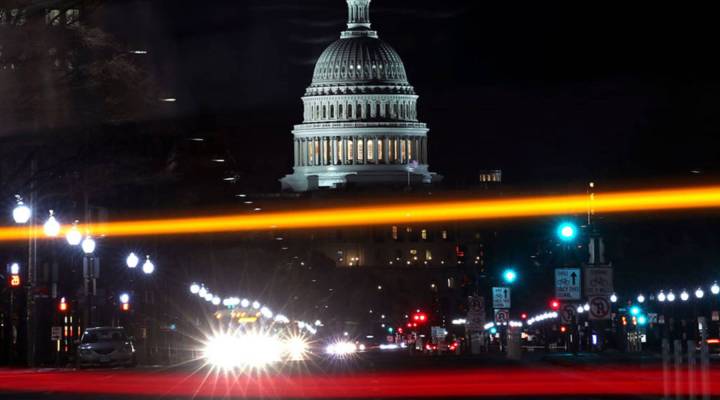 Born in the year of tax reform

Born in the year of tax reform

The U.S. tax system hasn’t had a serious overhaul since 1986, which is a long time. For 31-year-olds, it might feel like a particularly long time because it’s their whole lives. So how are those people, who had never lived through a big change in the tax code, feeling right now? Marketplace host Kai Ryssdal called up a couple of people born in 1986 to find out. Kathryn Ahnger-Pier is from Norwood, Massachusetts, and Steven Harrell is from Dallas, Texas. They shared their thoughts on Congress changing the tax code that’s as old as them. The following is an edited transcript of their conversation.

Kai Ryssdal: Do me a favor would you, Kathryn, and you get to go first, tell me a little bit about your economic self, would you? Your economic life?

Kathryn Ahnger-Pier: I work for the Commonwealth of Massachusetts so I have a fairly modest income. My husband works for a software company in Boston so he has a little bit more money than I do. And together we make approximately $120,000 a year or thereabouts. So we’re doing pretty well for people in our age group.

Ryssdal: Yeah. Do you feel pretty good? I mean is your own personal economy doing all right?

Ahnger-Pier: For the most part, only just because we don’t ever spend anything. People might think that we’re not doing our part, right?

Ryssdal: We should say you’re expecting a baby, right? So your express expenses are going to go up.

Ahnger-Pier: Yes so we’re prepping for that and saving a lot of money for that.

Ryssdal: All right, Steven same question to you, what is your economic life like?

Steven Harrell: My wife and I we have three boys ages six, about to be five, and just turned three. And so my wife stays home with the three of them doing everything that they need to do. So she definitely works harder than I do, but does not get paid for it. So our economic life is that we are a single income family.

Ryssdal: At what kind of dollar level. Give me some kind of range.

Harrell: Yeah so I actually looked it up for the 2016 tax return because I did not want to misrepresent. So adjusted gross income for 2016 was $54,816.

Ryssdal: For a family of five?

Ryssdal: How are you feeling economically?

Harrell: We feel a lot better than we used to. Graduating with an English degree in May of 2009 was not the best economic decision that anybody’s ever made. But the economy bounced back eventually. So we are feeling better than we have in the course of our marriage.

Ryssdal: Kathryn, how closely have you been paying attention to this tax bill and what it may or may not mean for your family?

Ahnger-Pier: I’ve been paying somewhat close attention to it just because I find myself in the minority of Americans in that I enjoy doing my taxes. So I was definitely interested to see how this was actually going to impact us. It looks like more or less the impact of this is going to be a wash for us. It’s not going to be the huge tax cut that the Republicans are saying that it’s going to be.

Ryssdal: Steven you’re smack in that demographic, in that tax bracket, where you should be seeing some good out of this tax overhaul bill, are you feeling that? Are you banking on it?

Harrell: Banking on it would not be the right way to describe it I don’t think. I’ve looked at it and I keep hearing about the lower middle-class tax effects of it that would be positive. And I mean as far as I can tell, through the calculators and everything like that online, there’s maybe a couple hundred dollars extra in the child tax credit that is now refundable that wasn’t before. But we’re talking $600 a year, $900 a year I guess?

Ryssdal: You both are young people reasonably new to getting by in this economy right? You both have about a decade or so of your working lives behind you and probably another you know 35 to go. What do we do if this is the last tax overhaul for the next 31 years? Like it was since the year y’all were born, Kathryn?

Ahnger-Pier: I think we’ll end up in a little bit of a pickle just because so many of the current tax cuts are set to expire in the not so distant future, just for deficit purposes. And so we’ll end up paying more in taxes in the long run. So it seems unlikely that this is going to be the last one in the next 35 years but maybe it is and maybe we’re just stuck with whatever we’re currently making now.

Ryssdal: Steven how much of a problem is it for you, is it a problem at all, that this bill adds a $1.5 trillion to the deficit?

Harrell: You know deficits generally do not keep me up at night but using deficits as a reason to go after and cut from social services and government programs that benefit the lower and middle class, that will be a problem.