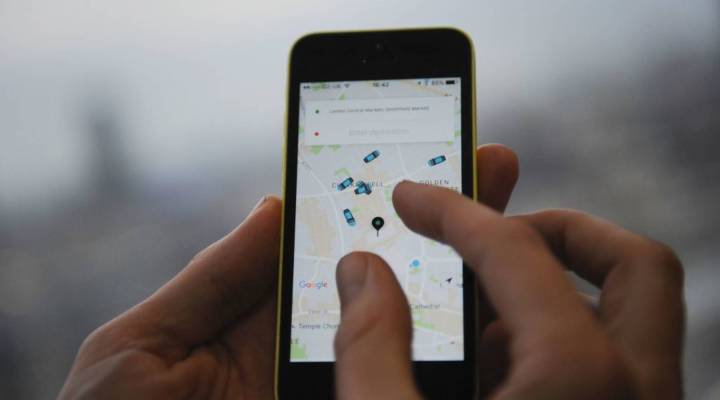 BRUSSELS (AP) — Ride-hailing service Uber suffered a new blow Wednesday as the European Union’s top court ruled that it should be regulated like a taxi company and not a technology service, a decision that could change the way it functions across many countries in the continent.

Uber, which is wrapping up a particularly punishing year, sought to play down the ruling Wednesday by the Luxembourg-based European Court of Justice. The company insisted it will try to keep expanding in Europe anyway.

The court decision could also affect other internet-based businesses, and reflects a larger dilemma about how governments should treat companies that operate online and don’t fit in with traditional laws.

The decision stems from a complaint by a Barcelona taxi drivers association, which wanted to prevent Uber from setting up in the Spanish city. The taxi drivers said Uber drivers should have authorizations and licenses, and accused the company of engaging in unfair competition.

Arguing its case, San Francisco-based Uber said it should be regulated as an information services provider, because it is based on an app that connects drivers to riders.

The court said in a statement that services provided by companies like Uber are “inherently linked to a transport service” and therefore must be classified as “a service in the field of transport” within EU law. It says the EU directive on electronic commerce does not apply to companies like Uber.

The decision affects ride-hailing services around the 28-nation EU, where national governments can now regulate services like Uber as transport companies.

Uber said in a statement that the ruling “will not change things in most EU countries where we already operate under transportation law.”

Uber said that it will “continue the dialogue with cities across Europe” to allow access to its services.

Uber has already been forced to adhere to national regulations in some EU countries. In France, for example, Uber’s low-cost service involving independent, unregulated drivers is banned, but Uber operates a popular ride service involving licensed drivers that competes with traditional taxis.

The Barcelona-based law firm representing Elite Taxi, the association that filed the lawsuit, celebrated the ruling and said it had “great judicial significance.”

Its consequences, SBC Abogados said in a statement, “can be extrapolated to other businesses that keep trying to avoid legal responsibilities in the services that they provide.”

And the European Trade Union Confederation said in a statement that it “warmly welcomes” the judgment, saying it will help drivers get fair wages and conditions. It said the ruling “confirms that Uber does not simply exist ‘on the cloud’ but is well established with its wheels firmly on the road.”

However, an association representing online companies warned that the ruling goes against EU efforts to encourage innovation and compete with U.S. and Asian online companies.

Uber has had a roller-coaster year that included the ouster of its CEO, sexual harassment allegations, the revelation that it covered up a massive breach of customers’ data, and regulatory challenges.