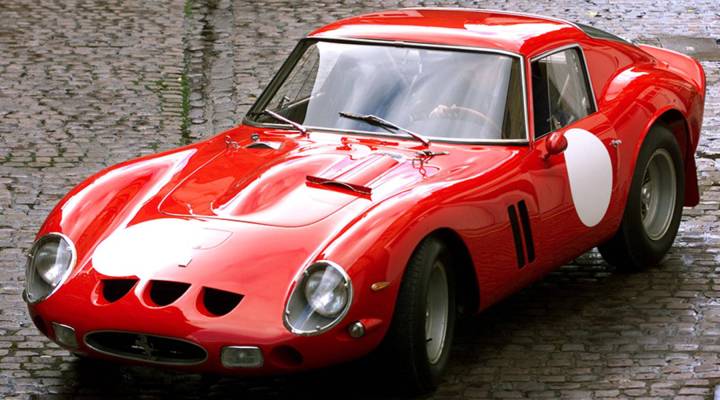 In her new book, “The Secret Lives of Color,” Kassia St. Clair chronicles the origin stories of a rainbow of colors, dyes and shades. In this occasional series, we’ll highlight some of the hues featured in her book and the unusual stories behind them. Today, she tells the story of how rosso corsa, a particular shade of red, came to be Italy’s national racing color.

In 1907, an advertisement went out in a French newspaper asking if anyone would take up the challenge to see if this newfangled technology, the automobile, would be able to get from Peking (now Beijing) to Paris. At the time, it wasn’t even known if this was possible. Ultimately, five drivers got their cars to Peking and the race began.

Very soon, there were two cars that seemed like they might make it to Paris after all.

The first was raced by an Italian prince called Prince Borghese. He, being a proud Italian, had insisted that his car was entirely made in Italy. It was also allegedly painted a bright poppy red.

The second car was being raced by essentially a trickster — I don’t think he’d even driven a car before — but he had somehow managed to con his way into being given a car for free.

The prince was perhaps a bit too arrogant about his chances of winning. For example, while he was traveling through Russia, he heard he had been invited to a dinner in St. Petersburg. Even though St. Petersburg was several thousand miles out of his way, he decided to attend.

It looked like the confidence trickster might win. However, when he got into the border into France, he was arrested and held for a couple of days. Just long enough, as it turned out, for the Italian prince to win the race.

After such a heroic win, the Italians grasped this bright red color. It became their national racing color. It’s been used ever since in all the classic cars — Ferraris and Alfa Romeos are often painted this brilliant scarlet color.

This piece was engineered and scored by Ben Tolliday.