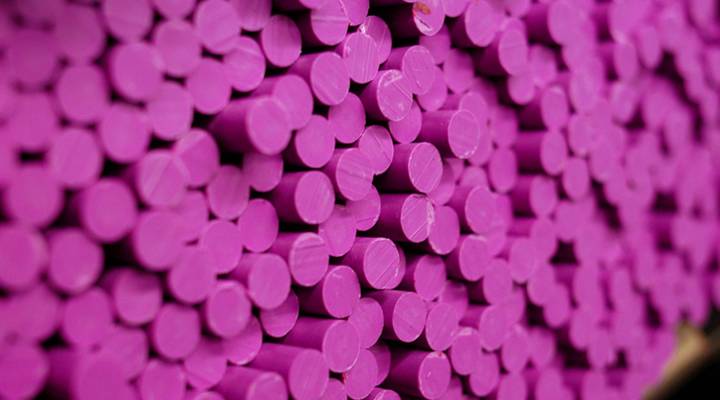 COPY
The original mauve — similar to the shade depicted in this image — was much brighter than the color we know today. William Thomas Cain/Getty Images
Shelf Life

The original mauve — similar to the shade depicted in this image — was much brighter than the color we know today. William Thomas Cain/Getty Images
Listen Now

In her new book, “The Secret Lives of Color,” Kassia St. Clair chronicles the origin stories of a rainbow of colors, dyes and shades. In this occasional series, we’ll highlight some of the hues featured in her book and the unusual stories behind them. Today, she tells the story of mauve and how it began not as the dusky shade of purple we know now but as something much more vivid and bright. Update: We’re resurfacing this story in time for Perkin’s 180th birthday.

In 1856, 18-year-old British scientist William Perkin was messing around in his father’s attic with coal tar. He was hoping he would be able to derive a synthetic cure for malaria from what was a rather unpleasant industrial byproduct.

After one experiment, he looked into his test tube, and instead of the colorless liquid he was hoping for, found a bright purple one. Another scientist may have thrown it out, but Perkin dipped a piece of cloth into this mixture and found that he had accidentally created a light and wash-proof dye in this vivid and rich purple.

The color purple has always been quite a difficult and rare color to get for dyers. Yet Victorian-era dyers were skeptical of a chemical dye produced synthetically in a lab. The concept was completely alien to them. Perkin had a bit of a hard time trying to find buyers for it.

His fortunes turned though when two trendsetters of the day decided this was their color. The first was Empress Eugenie, the wife of Napoleon III, ruler of France. The second was Queen Victoria. After the queen was spotted wearing the shade, the color took off. Clothworkers were falling over themselves to get a hold of this dye that Perkin had created by accident.

It made Perkin a wealthy man and opened up a whole new avenue of chemical research. A whole rainbow was created using similar methods. 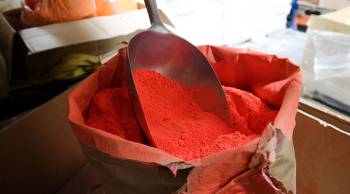