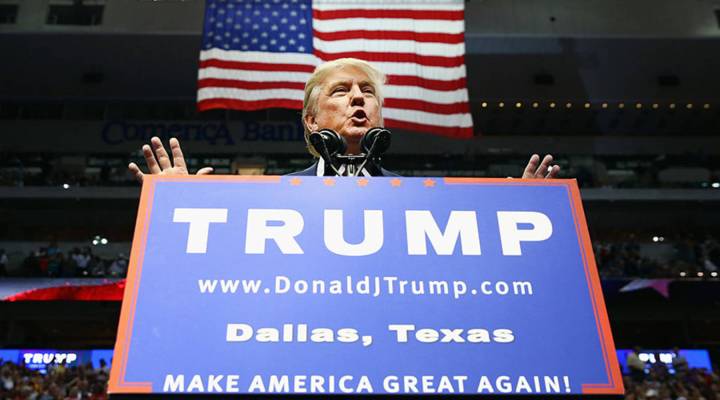 As the Republican tax bill makes its way through reconciliation in the House and Senate, people are talking about what it might mean for them.

That’s true in Horseshoe Bay, a community mostly of retirees on Lake LBJ in Central Texas. It’s right on the edge of Burnet and Llano counties, which both voted 75 percent in favor of President Donald Trump.

There’s a wait to get a table at Julie’s Cocina on a weekday just after noon. The restaurant has been in Horseshoe Bay since 2009, and the wait staff knows the regulars by name. The bartender takes me over to one loyal customer perched on a chair – a vocal Trump supporter.

“I hope we do get some money back to the middle class, which, all it’s going to do is turn it around and make our economy stronger,” he said.

“It’s way too early,” he said, “between the Senate and Congress, they’re going to have so many different reiterations of this, so anything we think about that we know, [we] don’t.”

Hosea does think the tax system needs an overhaul. He voted for Trump and thinks the bet on trickle-down economics is a good one.

Nadine Roeder is a customer at the R Bar, a couple miles down the road in another little town. She’s from Marble Falls and is a server at the Noon Spoon Café. She is 25.

“So I’ll get two child credits back at the end of the year, and that’s not going up for me, but as far as somebody who is making $150,000 in the home, they’re going to get more money back than me, who is below $20,000 a year, just barely making it with two kids as a single mom,” she said. “I mean, yes they are putting more money into the system, but, no, it’s not helping me.”

Across the street is Bill’s Burgers, where Roland Parker is grabbing a beer. He’s a self-employed cabinetmaker and also didn’t vote in the presidential election. He said even with no state income tax in Texas, he still feels burdened by taxes.

Back at Julie’s Cocina, the crowd thins after the lunch rush, but there are still a few folks eating the day’s enchilada special. Adolph Perez said he installs retractable screen doors in the area.

“I’m really not that much concerned about [the tax bill],” he said. “Because what control do you have? We already voted people in, and those people are going to do whatever they want because that’s how it is. You can tell me you’re going to do this, you’re going to do that as a politician. Then once you get there, the money starts rolling in and you forget what you told me.”

Like the majority of folks in this part of Central Texas, Perez voted for the president.