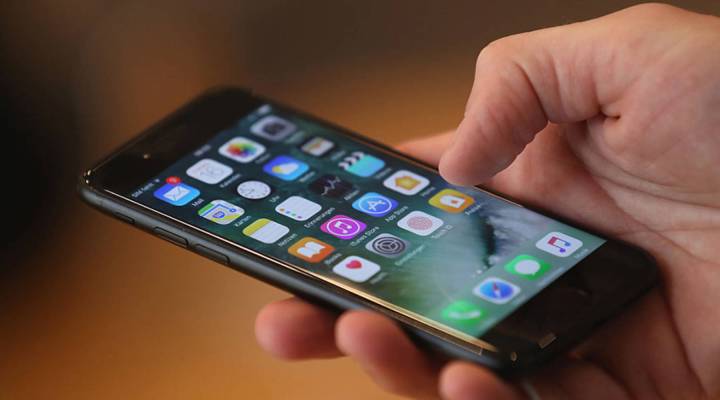 It’s deadline day for students to apply to many U.S. colleges and universities, marking a moment of respite for families stressed out over essays and SAT scores. It’s a brief respite for many, however, as the deadline for another dreaded application, the Free Application for Federal Student Aid, looms just months away.

The 108-question form to request financial assistance befuddles many, and there have been numerous calls from both sides of the political divide to simplify the process. House Republicans are expected to release their plans for a sweeping overhaul of the Higher Education Act this week.

Already, however, the U.S. Secretary of Education has announced plans to bring the FAFSA to a mobile app. Speaking at a training conference for financial aid professionals, Betsy DeVos called the current application experience unacceptable.

“You can order food, get a ride home, check your bank account, send money to a friend, or, as I’m told, even find your soulmate on your phone,” Devos said. “The FAFSA should, at minimum, keep pace with these commonplace activities.”

She said the app will be part of an effort to improve the service offered by the Federal Student Aid office.

“We will make the financial aid process modern, streamlined, more accessible and simply easier for students — and you,” she told the audience.

“The phone really is their connection to the cyber world outside of the school building, so bringing this app to where the students are is very important in helping low-income students access the application,” said Carrie Warick, director of policy and advocacy for the National College Access Network.

The complexity of the FAFSA has been cited as a discouragement that keeps many families from completing their applications. Justin Draeger, president of the National Association of Student Financial Aid Administrators, said several improvements have been made to the online application process, which the majority of applicants use.

“There’s quite a bit of progress we’ve made on simplicity over the last couple of years,” Draeger said. “The department has done a lot of things to implement skip logic that advances people along the application and skips them past questions they don’t need to answer based on previous questions.”

The site also has tools that autofill answers based on previous years’ applications and IRS information. Draeger said a FAFSA app could help bring those tools to more people.

The app was previewed in an Apple-esque video to conference attendees on Wednesday and exhibited features like photo uploading of documents and mobile management of loan payments.

Draeger said indications were given that the app would be released as early as spring of next year. He said some were concerned about the government’s ability to launch major technology projects on aggressive timelines.

“Missing a deadline for new product launch wouldn’t be the worst thing in the world,” he said. “Having a product launch and then fail or have some sort of breach is a much bigger deal.”

“This is a responsibility the Department has neglected for too long,” DeVos said. “We are making marked improvements because there are serious and ever-iterating threats.”

Even with a successful rollout, such a project isn’t enough to overcome many of the significant hurdles families face in filling out the FAFSA, said Jessica Thompson, policy and research director for the Institute for College Access and Success.

“It’s a useful step, but it certainly is not, in and of itself, a major simplification of the application for financial aid or the entire process from the time you fill out the form to the time your aid is actually dispersed,” Thompson said.

She said much discussion in Congress and the higher education community focuses on cutting down on the number of questions and on reducing the burden on low-income families to prove their financial status.