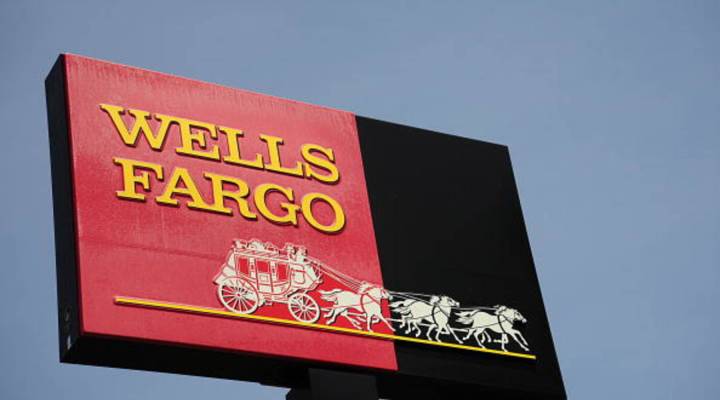 Shell companies have a bad rap. Not only are they often associated with storing cash abroad to avoid taxes but they have also been used to hide people’s ties to all kinds of transactions and investments. It is no surprise then that setting up a shell company, while not exactly illegal, is often controversial.

In the wake of the Panama Papers publication, the U.S. Congress held a number of hearings that highlighted the role of anonymous companies in various activities.

“As a result, members understand the role of anonymous companies and that something needs to be done about it,” said Heather Lowe, legal counsel and director of government affairs at Global Financial Integrity, who has been working on these issues since 2009. “It’s not like something has happened to change their mind apart from education — by learning what is going on here, how does it happen and how do we address it. And quite frankly that’s healthy. That’s what’s supposed to be happening.”

Members of Congress — who have previously consistently let similar legislation die in committee — are not the only ones to have changed their stance on the issue. Banks, which have now also come out in support of such legislation, are hoping that this type of law would make their jobs easier.

You see, back in May of last year, the Financial Crimes Enforcement Network strengthened its customer due diligence requirements. This means that banks are now tasked with finding out and verifying information about who owns the companies they do business with.

As the Minneapolis Fed points out, prior to strengthening these requirements, “banks were not required to know the identity of the beneficial owners that own or control their legal entity customers.” This means before they could do business with shell companies without having to worry about the true identity of their owners.

“Banks are now actively supporting the shell company legislation because the due diligence rules require them to know the beneficial owners of the legal entities that open accounts, and they’d like to get a state filing on ownership,” said Elise Bean, former staff director and chief counsel of the U.S. Senate Permanent Subcommittee on Investigations. If the proposed legislation was made into law, shell companies would have to disclose that information either in a state filing or with the Department of Treasury. Banks could then ask their clients for that same information and save themselves the hassle of tracking it down.

The latest in the series of bills to tackle the secrecy around U.S.-based shell companies was introduced in August by Democratic Senator Ron Wyden and Republican Senator Marco Rubio. Their bill, the Corporate Transparency Act of 2017, is a companion bill to a House bill introduced by New York Representatives Carolyn Maloney and Peter King. It also has a sister bill in the Senate called the True Incorporation Transparency for Law Enforcement Act, which was introduced earlier this year by Senators Dianne Feinstein, Sheldon Whitehouse and Chuck Grassley.

Under the Wyden-Rubio bill the owners of U.S.-based shell companies would be required to disclose beneficial ownership information including names, addresses and legal identifications. If the state where the companies are created opts not to collect that information, then it would fall to the Treasury Department to do so.

Among supporters of the Wyden-Rubio bill is The Clearing House Association, which is owned by banks such as Bank of America, Citibank, HSBC, Capital One and Wells Fargo. The association first came out in support of such legislation in August 2016 — just months after banks were required to begin collecting and verifying  beneficial ownership information.

“We believe the bill would assist public sector efforts to identify money laundering and terrorist financing through the disclosure of the beneficial owners of corporations,” the CHA said in a letter of support sent to the U.S. Congress. “We can see no justification for allowing corporations to shield their ownership.”

The legislation specifically tackles the formation and ownership of U.S.-based shell companies.

“Though many people still think of white sand beaches and sun-drenched islands when they think of shell companies, the U.S. is actually one of the easiest and most popular places to form a shell company without disclosing its ownership,” Mark Hays, leader of the Global Witness Anti-Money Laundering Campaign, said in a statement released at the time.

When the Tax Justice Network released their 2015 Financial Secrecy Index, the U.S. came in third — well ahead of the Cayman Islands (ranked 5th) and Panama (ranked 13th).

If — unlike its predecessors — the Wyden-Rubio bill actually makes it out of committee, that all could change.

“We’re in a far better position than we have ever been with respect to support on both sides of the aisle in moving this issue forward,” Lowe said. “Well beyond that, the tax issue I think that what has really resonated with members of Congress is the use of anonymous companies for terrorism finance and for moving other types of criminal money.”

One recent example is the indictment of former Trump campaign chair Paul Manafort, who among other charges is accused of  laundering money through various offshore accounts and shell companies.

“When you look at the Manafort indictment you saw a list of a lot of U.S. companies that he was using as well as offshore companies,” Lowe pointed out.

In addition to banks, businesses have also come out in support of this legislation because they too want to know who owns the companies they do business with.

“They want to know who they are dealing with,” explained Bean. “They’re tired of getting surprised by a company in the supply chain that turns out to be a bad guy. They are sick of it.”

Even if the bill makes it out of Congress, it still has one more hurdle to clear: President Donald Trump. Will the president sign the bill if it land on his desk?

“I’m going to say yes,” Lowe said. “I think if you have a piece of very strong bipartisan legislation that gets through both Houses with you know strong bipartisan support. I think he would sign it because it is an example of the system working.”