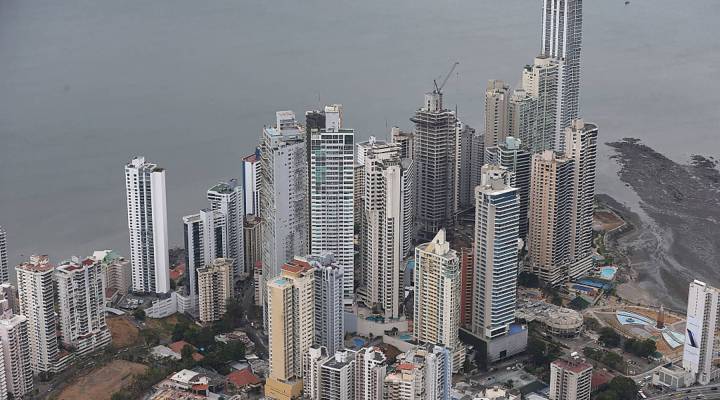 COPY
Part of the Panama City skyline is seen as revelations about the law firm Mossack Fonseca & Co continue to play out around the world on April 7, 2016 in Panama City, Panama. Joe Raedle/Getty Images

Part of the Panama City skyline is seen as revelations about the law firm Mossack Fonseca & Co continue to play out around the world on April 7, 2016 in Panama City, Panama. Joe Raedle/Getty Images
Listen Now

The fallout from the Panama Papers — those millions of documents leaked from the law firm Mossack Fonseca — has been fast and far reaching, touching politicians, actors, and other high-profile individuals from around the world.

It has also focused attention on the years-long debate over whether and how to crack down on shell companies in the U.S.

The idea sounds simple — require companies to say who own them — but there are those who argue shell companies have legitimate functions. There are additional questions about how and where ownership data should be collected, how it might be verified or updated.

Former Senator Carl Levin (D-Mich.) started sounding the alarm about shell companies when he was in Congress back in 2008.

“The law enforcement community told us that the misuse of corporations with hidden owners creates a real problem for them in terms of enforcing our laws, whether it’s laws against drug dealers, or laws against corruption, or laws against terrorism,” said Levin.

He co-sponsored Incorporation Transparency and Law Enforcement Assistance Act with Senator Chuck Grassley (R-Iowa) to require states to collect information about who actually owns the company when it’s incorporated.

“It’s very, very simple,” Levin said, but added that while the bill had been reintroduced several times, “It’s just stalled.”

The legislation met resistance from groups like the Chamber of Commerce, as well as states opposed the idea that they should collect ownership information.

The bill was again reintroduced in early February.

Kay Stimson, a spokesperson for the National Association of Secretaries of State, said it does support the goal of assisting law enforcement, but it doesn’t feel that a company’s formation process is “an appropriate, effective, or efficient way” to track corporate ownership.

She suggested drawing on existing data at the federal level instead, as well as a proposed rule by the U.S. Department of the Treasury, which is expected to be released soon after years in the making. It would require financial institutions to gather better ownership information on their corporate accounts.

“As of now, U.S. financial institutions, while they’re required to do customer due diligence, they’re not really required to determine and verify the true beneficial owner of their corporate clients,” said Shruti Shah, vice president of the nonprofit Transparency International – USA. “That’s a loophole.”

However, banks are also unenthusiastic about taking on this task, saying it has little value without a way to confirm the ownership information provided to them.

“Customer information is important, but the ability to verify that information is equally important,” Rob Rowe, ABA’s vice president and associate chief counsel of regulatory compliance, said in a statement. “ABA believes that, since it is the government that creates legal entities, the government is the best positioned to collect and maintain the information on who controls or owns these entities.”

Despite the hurdles, Heather Lowe, legal counsel and director of government affairs at the Global Financial Integrity, believes this is an issue that’s time has come.

“In the advocacy world, it’s generally understood that it takes about ten years to pass a piece of legislation,” she said. “We’re basically at that point. It’s about time.”

Moreover, she said U.S. regulations are lagging other countries.

“With the Levin – Grassly Bill in 2008, we were at the forefront of this issue, but that never moved and now we’re behind,” she said. “And we’re a massive problem.”