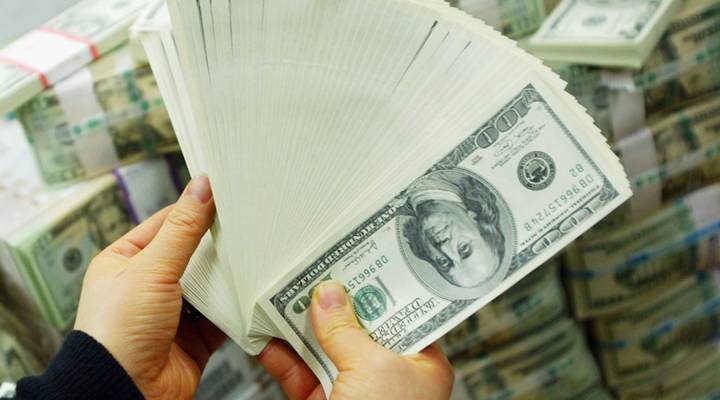 We usually assume that investors in the tech industry have one thing on their minds: money. But that’s not the only goal of every venture capital firm out there.

Impact America Fund is a firm that, yes, wants to make a return on its investment. But it hopes to do it while also making a positive impact on the world by investing in companies with diverse missions. Marketplace Tech host Molly Wood talked with its founder and general partner Kesha Cash, about how her background influences her investment decisions and how money and mission collide in venture capital. Below is an edited excerpt of their conversation.

Molly Wood: What is impact investing?

Kesha Cash: Impact investing, there’s a broad definition and a big spectrum. I’m part of a group of investors that believe you can use private capital to invest for good as well as make a market-rate return.

Wood: Do you feel like that’s a trend? Because I feel like I’m seeing that a little more commonly, that people are saying no we can do both. And in fact, you can argue in our society that you have a better possibility of having a big impact if you build a big successful company that makes a lot of money, right?

Cash: True, that is one argument. In our world, the community that we care about are marginalized communities and particularly low and moderate income communities. So I think our role as impact investors seeking market-rate returns is believing that if you can get fundamentally the core of a business right from the beginning, that’s actually a competitive advantage and should drive the growth of that company.

Wood: Yeah, talk more about those communities and some of the change that you hope to affect.

Cash: Well when you look at the racial wealth gap, the income gap, marginalized communities in America and particularly race, unfortunately in this country race and economic disadvantage, there’s a high correlation. There’s one index in particular that we’ve looked at quite a bit. It’s called the American Human Development Index. And the indicators are your health, education and income. And unfortunately, black and brown people are way below average. And so then how do we look at fundamental, in some cases, just pure market failures that haven’t served these populations. Other cases, when you think about the concentration of wealth in this country and who manages that wealth, it’s not a very diverse population. As a diverse fund manager, being a woman and an African-American, I have an opportunity to invest capital in a way that creates more benefit to marginalized communities because I grew up economically disadvantaged.

Wood: One of the startups you’ve invested in is called Mayvenn, which helps mostly African-American stylists sell their own hair extensions. Tell me about that.

Cash: There are things that I know from being a black woman about hair that I just know, growing up and going to the hair salon and buying products. I mean our goal is to only invest in companies where we do have that additional cultural competency and how do we leverage that and use that as a competitive advantage as investors.

Wood: There’s an argument that you could have had a really big impact at a really big firm. Why choose to do it yourself?

Cash: It’s not easy starting a fund. The reward obviously on the other side, when Mayvenn exits, is going to be a big reward for all of us. But for us the reward is really the opportunity to try to do something different than what’s been done in the past. And if we can get just a couple of these things right and show a different way of using business as a mechanism to transform communities, and so, entering into a community with the lens of there’s potential here. How do I mine for it? How do I untap it? And how to support it and grow it? That’s a very different way to look at community than let me fix something that’s broken. We don’t believe communities are actually broken. We believe that they can be enhanced through interesting innovation and business models. But there are things that are amazing about marginalized communities and particularly communities of color. Our goal is not to change that. Our goal is to understand it better and how does technology and cultural competency shape something that’s meaningful for these communities.

Wood: When you look at the Silicon Valley investment community are you thinking to yourself, just stay over there? Like that’s great that you guys never leave Sand Hill Road and never uncover these opportunities because that’s where we can have impact but also make money that you won’t ever make? Or do you want that community to change?

Cash: It’s tough for me because it’s both an opportunity and we need that community on our side. That’s where the majority of the capital is concentrated and honestly my greatest mentors are in that community. And so it’s twofold, right? You know what you know. And so I don’t blame that community. They can do better and we can all do better. One question is do companies that traditional investors don’t understand suffer? They have to raise money longer and be on the circuit and we hope to help them so that they don’t spend a lot of time fundraising not because it’s not a good company but because people don’t understand. So we’re seeing a lot of emerging managers who are diverse and have diverse perspectives pop up. So what I think you’ll see, you’ll see the ecosystem fill out. And those companies will have a home and people to go to who get it right away and there will be a market for them and they’ll get the investment sooner. Until that happens there are people like us that are trying to bridge the gap between unfamiliarity, packing that up for a traditional investor and then supporting that company and being able to articulate that story.

Correction (Oct. 30, 2017): An earlier version of this story misspelled Mayvenn’s company name. The text has been corrected.