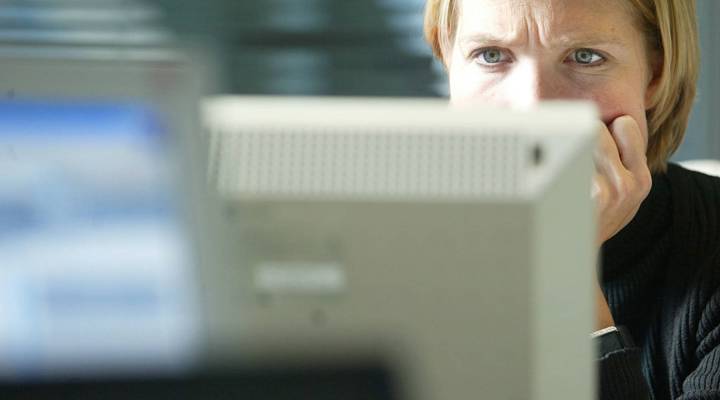 A survey on Americans and their workplaces by RAND, the nonprofit think tank, shows a lot of us work in high-pressure, stressful environments and don’t have enough time to get the job done, so we have to take it home with us.

RAND surveyed some 3,000 Americans about their workplaces. It found more than half do work on their personal time to meet employers’ demands. More than one-third have no control over their work schedules (the percentage is higher among non-college graduates). And one-quarter of respondents say they don’t have enough time to do their jobs.

“We increasingly seem to have a workplace that expects us to be always available, on demand,” said Nicole Maestas, who teaches at Harvard Medical School and is the report’s lead researcher. “And yet the employer doesn’t always return the favor by allowing workers the ability to adjust their hours when they need to for personal matters.”

Hourly nonexempt workers are supposed to be paid overtime for working on their own time. But Cathy Ruckelshaus, general counsel at the National Employment Law Project, said salaried exempt workers in administrative, professional or executive jobs aren’t so lucky. All they can do is ask the boss for a more reasonable workload.

RAND found some things Americans are satisfied with: More than half say they have supportive bosses and good friends at work.